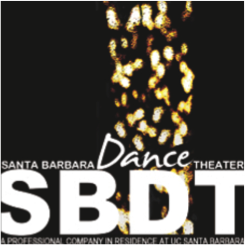 Founded in 1976 as a dance research laboratory for choreography and performance at a professional level, SBDT is the only resident professional dance company in the University of California system. The company presents annual seasons on campus and in downtown Santa Barbara and has toured internationally to the Czech Republic, Ireland, China and South Korea, and regionally to Los Angeles, San Francisco and San Diego.

Santa Barbara Dance Theater is back under the new Artistic Direction of Brandon Whited (Asst. Prof. of Dance / Director of Dance Performance).

This performance will feature two new works by Prof. Whited, with Guest Choreography by Nancy Colahan (UCSB, Senior Lecturer), and Weslie Ching (UCSB Dance Alum).  Shifting the creative development model of the company more toward a project-based company Brandon is excited to bring in professional dancers from near and far to engage with the UCSB campus and greater Santa Barbara arts community.  SBDT performs January 13-16 at Center Stage Theater in downtown Santa Barbara.

The concert program consists of two solos by Nancy Colahan—excerpts from Pandemic Suite­, created via zoom last year; a duet—I Don’t Exist Anymore, by Weslie Ching.  Brandon Whited offers to Harbor—developed in winter of 2020 and completed this season, as well as a new quartet—ARENA, or 1 of 4 & 4 of 1. The concert features Lighting and Production Design by Michael Klaers.

Performances run January 13 – 16, 2022.  In accordance with Center Stage Theater policy, proof of vaccination is required to attend performances, and masking is mandatory for all audience members.

Santa Barbara Dance Theater, directed by Brandon Whited, is the professional contemporary dance company in residence in the Department of Theater and Dance. The company presents an annual season at the Hatlen Theater and has the distinction of being the longest continually operational contemporary dance company in the Santa Barbara area. A keystone performing arts organization in our community, SBDT has provided innovative and inspiring performances for thousands of audience members throughout California and on tour internationally for over thirty years, including extensive educational outreach. International touring has included performances in China, Korea, Ireland and the Czech Republic. Guest choreographers Charles Moulton, Joe Goode, Mitchell Rose, David Parsons, Remy Charlip, Louis Falco, Lucas Hoving and others have created or set works for the company. The company serves an important educational role in the department. The SBDT dancers inspire, validate and focus student aspirations by modeling professional work process from daily class through creation, rehearsal and performance. Since the company’s inception in 1976, many company members have been former UCSB Dance majors, invited to join the company immediately after graduation or after pursuing a professional career. 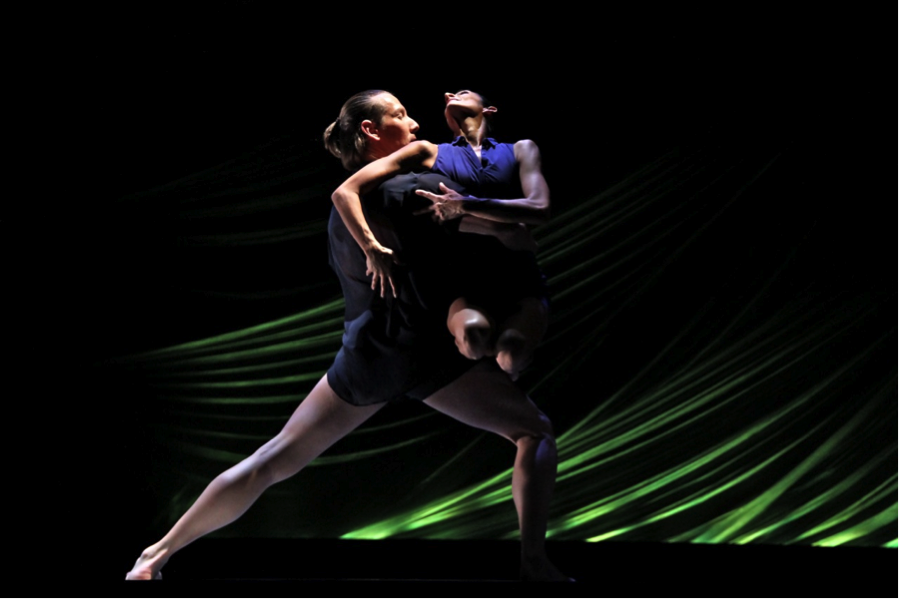 Dancers: Tracy Kofford and Christina Sanchez in Pilafian’s A Leap of Faith (2013)

“…there is a quality of deep engagement between the four dancers that lends the work a startling humanity.”

SBDT’s seventh season under the leadership of Christopher Pilafian features a special guest appearance by Buglisi Dance Theatre* performing Jacqulyn Buglisi’s stunning Requiem as well as a collaboration between dancer/choreographer Miche Wong (UCSB BFA 2009, worked with Guangdong Dance Company, Garrett and Moulton and others) and world-traveling artist Mary Heebner, whose encounter with the mythic Apsara at the temple of Angkor Wat provided inspiration for the project. Pilafian’s new Toggle enlists the talents of the UCSB Percussion Ensemble live on stage, under the direction of Dr. Jon Nathan, with a cast that includes students in the SBDT Mentorship Program. Andrea Giselle Schermoly premieres Moonscapes with a surprisingly varied sound score and an unforgettable scenic element of gently falling white confetti. And the UCSB Dance Company performs, as guests, Nancy Colahan’s Dejà Vu for Strings and Percussion, featuring the musical composition of former LA Philharmonic cellist, Gianna Abondolo.

*Made possible by the Arnhold Endowed Theater and Dance Production Fund

In the company’s return to the Historic Lobero Theatre in downtown Santa Barbara, guest choreographer David Maurice premieres his multi-part meditation, Were it Not for Shadows and performs a new solo, Liminal Red. The company also performs the premiere of Andrea Giselle Schermoly’s Hers; Pilafian’s Chamber Fantasy, with music of Georg Friderich Handel; Jane Dudley's heritage work Cante Flamenco (1944), restaged by Nancy Colahan and performed by the extraordinary Christina Sanchez; and a return of Pilafian’s Mystique, with an original musical score by Will Thomas.

SBDT’s return to the Lobero Theatre following a long hiatus, includes the premiere of Salt, a contemplation on the effects of drought, commissioned from international choreographer Joshua Beamish, who also performs his own, elegant and saucy solo, Concerto. Emily Schoen restages her A Jointed Affair, after its premiere at Jacob’s Pillow, and Artistic Director Pilafian revives Strange Attractor, a collaboration with composer Ryan Beveridge.

SBDT joins forces with State Street Ballet and Detroit’s Eisenhower Dance to commission a large-scale work from international choreographer Edgar Zendejas. The Montreal-based Zendejas deftly and imaginatively weaves together the three companies — a cast of 21 dancers — to produce an expansive, deeply personal work, inspired in part by The Four Seasons of Antonio Vivaldi as recomposed by Max Richter. Also on the program is Pilafian’s 2014 work, Smolder.

The centerpiece of SBDT’s second season directed by Christopher Pilafian is José Limón’s pivotal The Moor’s Pavane (1949), drawn from source material that inspired Shakespeare’sOthello. Professor Emerita Alice Condodina, former principal dancer with Limón, restages the work under the auspices of the Limón Foundation. Bookending this masterwork of dance history are two new works by Pilafian: his elegiac Smolder featuring a beautiful Rachmaninoff piano trio, and Spark to Shine, a spirited romp built upon songs of Earth Wind and Fire. Scenic design by Mr. Pilafian and Michael Klaers, who also designed the lighting for the program.

SBDT’s first work under the leadership of Christopher Pilafian, A Leap of Faith explores the interplay of positive and negative space onstage that occurs organically within relationships. This two-act work is comprised of over 30 individual pieces that seamlessly combine to create an indelible evening of dance theater. A Leap of Faith is particularly appropriate for a company heading in a new direction of artistic exploration. Leap introduces the company members as distinct individuals forging connections, discovering  common ground and shared purpose. Costumes by Anaya Cullen and lighting/scenic/production design by Michael Klaers.

A Leap of Faith

Become a Friend of SBDT

Checks can be made to “UC Regents -- for Santa Barbara Dance Theater.”

Department of Theater and Dance

It is the policy of the University of California, Santa Barbara and the UC Santa Barbara Foundation that a modest portion of gifts and/or the income from gifts may be used to defray the costs of raising and administering funds. The current assessment is 6%, with a cap at $180,000 for gifts of $3 Million and above.