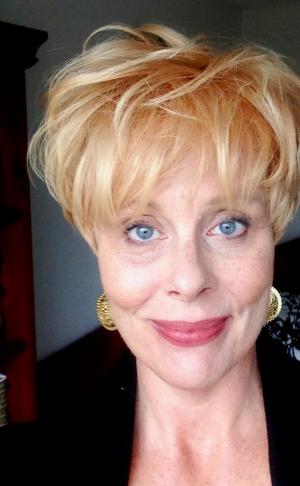 Julie Fishell is an award-winning actor and teacher and currently serves as a Lecturer of Acting and Directing in the Department of Theater and Dance at UC Santa Barbara.

Ms. Fishell graduated from The Juilliard Drama Division (Group XIX) where she received the Michel and Suria St. Denis Prize for Outstanding Artistic Achievement.  She has appeared Off-Broadway, Regionally and with National and International Tours.  Stages include The Public Theatre (NYC), The Lark (NYC), Manhattan Class Company (NYC), Theatre for a New Audience (NYC), PlayMakers Repertory Company (NC), Chautauqua Theatre Company (NY) Hartford Stage (CT), The Kennedy Center (DC), Virginia Stage Company (VA), and the Moscow Art Theatre (МХАТ Russia).  Ms. Fishell has appeared in numerous productions including Private Lives, The Real Thing, August:  Osage County, Arms and the Man, God of Carnage, Cabaret, Who’s Afraid of Virginia Woolf?, The Tempest (Prospero), The Other Place, Vanya, Sonia, Masha and Spike, In the Next Room, Angels in America, Beckett’s Happy Days, The Cherry Orchard, The Importance of Being Earnest, All My Sons, Death of a Salesman, Doubt, Frozen, Side Man, A Delicate Balance, Othello, A Midsummer Night’s Dream, A Little Night Music and Assassins. She is a dedicated member of Actor’s Equity Association and Screen Actors Guild.

For over twenty years, Ms. Fishell performed as a Resident Company Member with PlayMakers Repertory Company in Chapel Hill and served as a professor of acting and directing at the University of North Carolina at Chapel Hill.  She is the recipient of both the Tanner Award for Excellence in Undergraduate Teaching and the Johnston Teaching Excellence Award from the University of North Carolina at Chapel Hill.  As an actor and director, she has received numerous Indy Week:  Best of the Triangle Theatre Awards and was a founding artist of the PlayMakers Summer Youth Conservatory.

Ms. Fishell has developed particular expertise and continued interest in teaching Stanislavsky-based acting technique, LeCoqu Neutral Mask and related mask techniques, and building bridges for the contemporary actor toward embodying heightened texts.  Current research and interests include analyses of the early work of Grotowski in relation to Stanislavski and the staged articulation of farce.  Julie is perennially drawn to the works of Chekhov.  Most recent professional endeavors have included teaching and performing with the Prague Shakespeare Company in the Czech Republic and teaching for the Theatre of Changes acting program in Athens, Greece.