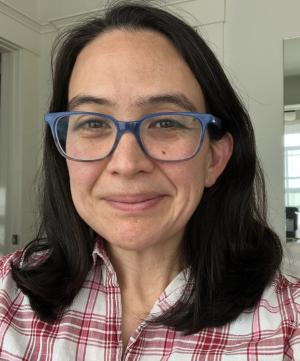 Dr. Jessica Nakamura is a scholar of Japanese and Transpacific theater and performance whose research interests include performance historiography, ethics and spectatorship, theories of the everyday, visual and material culture, and global performance theories. She is the author of Transgenerational Remembrance: Performance and the Asia-Pacific War in Contemporary Japan (Northwestern University Press, 2020) about performances that portray previously obscured topics of Japanese war aggression and imperialism. Focused on the Heisei period (1989-2019), a time when the generation with direct experiences of the war passes away, Transgenerational Remembrance identifies performances that forge dialogue between younger generations and elided memories.

Dr. Nakamura’s current research project, Staging the Private, explores representations of the domestic in twentieth and twenty-first century Japanese theater, from the introduction of Western realism in the early 1900s until the present. Over this one hundred twenty-year period, she traces the continuities and contradictions in theater’s reproduction of private spaces as it disseminates, repeats, and challenges early 20th century nation-affirming notions of the home and related ideas of family and gender. She is also co-editing a volume, Realisms in East Asian Performance, that reexamines definitions of theatrical realism by locating realistic expressions across premodern, modern, and contemporary theaters in China, Japan, and Korea.

Her writings have also appeared in the journals Modern Drama, Performance Research, Journal of Dramatic Theory and Criticism, Verge: Global Asias, Trans Asia Photography Review and in the edited volumes, Performance in a Militarized Culture, Performing the Secular, and Theatre After Empire.