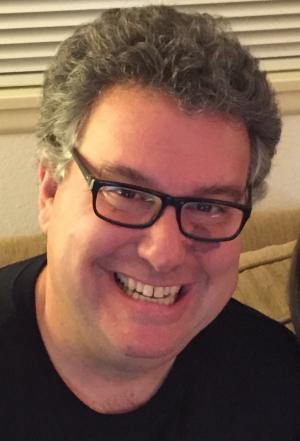 Irwin Appel is Professor of Theater and Chair of the Department of Theater and Dance at UCSB.  He is also a professional director, Equity actor and composer/sound designer, and has worked with Prague Shakespeare Company, Shakespeare Santa Cruz, the Shakespeare Center of Los Angeles (formerly Shakespeare Festival/LA), the New York, Oregon, Utah, New Jersey and Colorado Shakespeare Festivals, The Acting Company, Theatre For a New Audience, Hartford Stage, Indiana Repertory Theatre, Arizona Theatre Company, PCPA, both the National Theatre Conservatory and Colorado New Play Summit at the Denver Center of the Performing Arts, the Bread Load Acting Ensemble, and other prominent regional theaters.  From 2005-2018 until becoming department chair, he was director of the Bachelor of Fine Arts (BFA) Actor Training Program at UCSB.

Acting roles include: the title role in Richard III, Prospero in The Tempest, Shylock in The Merchant of Venice, Bottom in A Midsummer Night's Dream, Falstaff in Merry Wives of Windsor, Dogberry in Much Ado About Nothing, Kent in King Lear, Macbeth in Kabuki Macbeth, Matt in Talley's Folly, Stage Manager in Our Town, DeVere in The Beard of Avon, Frank in Molly Sweeney, and both Duke Senior and Duke Frederick in one production of As You Like It. He has won Santa Barbara Independent Awards for his portrayals of Oscar Wilde in Gross Indecency: The Three Trials of Oscar Wilde and the title role in Theater Artists Group's Timon of Athens. Most recently, for the Prague Shakespeare Company at the Estates Theatre in Prague, Czech Republic, he played the role of Pandarus in the world premiere of a new modern English language translation of Troilus and Cressida by Lillian Groag, produced in association with Oregon Shakespeare Festival’s Play On! 36 playwrights translate Shakespeare project.

He is also founding artistic director of Naked Shakes, producing award-winning Shakespearean productions at UCSB, traveling to downtown Santa Barbara and Los Angeles since 2006, and becoming a member of the Shakespeare Theatre Association in 2018.  In 2016, he produced and directed The Death of Kings; a two-part original adaptation of eight Shakespearean history plays performed in repertory at UCSB. The Death of Kings won seven Santa Barbara Independent awards and six Regional BroadwayWorld awards for adaptation, direction, design and performance. In 2017, he taught acting and directed the European premiere of The Death of Kings: Seize the Crown at the Prague Shakespeare Company’s Summer Shakespeare Intensive, and in 2019, revamped and directed it for the Southwest Shakespeare Company at the famed Taliesin West venue in Scottsdale, Arizona, bringing a cast of senior UCSB BFA Acting students.  He also has led workshops and lectured about Naked Shakes at the International Festival of Making Theater (InFoMaT) in Athens, Greece, the International Platform for Performer Training (IPPT) in Zürich, Switzerland, and the Institutes of English and American Studies at the Universities of Gdansk and Warsaw in Poland, as well as the Shakespeare Theatre of Gdansk.  In 2018, he lectured and led workshops on Shakespeare and Naked Shakes in China at the Institute of Foreign Studies at China Agricultural University in Beijing, and the College of Foreign Studies at Nanjing Agricultural University in Nanjing. He has consulted for the Department of Foreign Languages and Cultures of the University of Genoa in Italy, and also served on Canadian Association for Theatre Research (CATR) panels focusing on university theater productions as research at three different meetings of the Congress of the Humanities and Social Sciences at Victoria, Ottawa and Calgary, Canada.

Directing credits at UCSB and other theaters include: A View from the Bridge (SB Independent Award), King Lear, Lydia, Much Ado About Nothing, Equivocation, Macbeth, A Streetcar Named Desire, The Merchant of Venice, Anowa, Hamlet (SB Independent Award), Measure for Measure, Romeo and Juliet, Rabbit Hole, Twelfth Night, The Winter's Tale (SB Independent Award), Seagull, The Tempest, Angels in America, Three Sisters, Comedy of Errors, Pentecost, The Cherry Orchard, Speed-the-Plow, A Midsummer Night's Dream, The Crucible, The Countess, Madwoman of Chaillot, Sylvia, and the world premiere of Brown Baby (SB Independent Award for his sound design). He also directed Man and Superman and Uncle Vanya for the National Theatre Conservatory at the Denver Center for the Performing Arts.

At UCSB, he has created or co-created numerous interdisciplinary courses centering around his current productions, including Experiencing Shakespeare, a team-taught course with Professor James Kearney in the Department of English, immersing students in Shakespeare from the performance, literary study and research points of view. For three years, Experiencing Shakespeare has specifically focused on the Naked Shakes productions of Much Ado About Nothing, King Lear and Hamlet. In addition, he created and taught Freshman and Honors seminars that follow current productions from first rehearsal to opening night, entitled Anatomy of a Theatrical Production, as well as team-teaching other courses with the departments of Film and Media, Global Studies and the UCSB Writing Program. He has also presented his Shakespearean production work at numerous Early Modern Center conferences at UCSB. In 2019-20, he will co-teach a seminar with Department of Music Professor Stefanie Tcharos as part of a Mellon grant project called Engaging Humanities.

He is a graduate of Princeton University and the Juilliard School.   www.deathofkings.com

All levels of BFA Acting

All levels of Directing