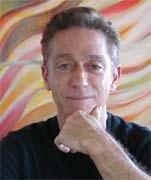 In 1990 Mr. Pilafian joined the faculty of the Division of Dance (re-named Department of Theater and Dance) at UC Santa Barbara where many of his choreographi cworks have  been performed in the repertories of the program's two resident dance companies. Five works have appeared at the American College Dance Festival: Dance for an Unknown Occasion, In the Ellasphere, Pop Rondo (Honorable Mention), Heebiejeebie (Gala Performance) and What's Cool. Mr. Pilafian served as Artistic Director and choreographer of Points of Departure, an evening-length collaborative work presented by Santa Barbara Dance Alliance at the Lobero Theatre. He has served as panelist for the California Arts Council, SUMMERDANCE Santa Barbara and Santa Barbara Dance Alliance. Mr. Pilafian's Artifact, was performed by Jennifer Muller/The Works in May 2000 at the Joyce Theatre in New York City. From 2001 to 2004 he collaborated with dramatist Catherine Cole to create Five Foot Feat, a dance theater piece that premiered at Santa Barbara's Center Stage Theater to critical and popular acclaim, and was performed at UCSB's Hatlen Theatre, at the Association of Performing Arts Presenters in New York City and on tour internationally. Mr. Pilafian's work Thin Skins, with music by UCSB composer Joel Feigin, was premiered by Santa Barbara Dance Theatre in 2002 followd by an extended version in 2004. Some of its Parts, constituting half of an evening commissioned by and for Jean Isaacs' San Diego Dance Theater under the rubric The Pilafian Project/ Atlantic Man, premiered in 2003 at the beautiful California Center for the Arts, Escondido. In 2005, his Andante Tranquillo, featuring an all male cast, premiered at UCSB's Hatlen Theatre. Mr. Pilafian served as Vice Chair of teh Department of Theater and Dance, and Director of Dance 2011-2015. He also became Artistic Director of Santa Barbara Dance Theater in 2011. In addition to the 10 works he created for SBDT betwen 1991 and 2011, he has continued to choreograph new works for the company beginning with a full-evening work, A Leap of Faith (2013) and followed by Smolder (2014), Spark to Shine (2014), Strange Attractor (2016), Mystique (2017), Chamber Fantasy (2017) and Toggle (2018). He has commissioned new works from gifted guest choreographers and heritage works by José Limón and Jane Dudley. Also a visual artist, Mr. Pilafian has exhibited his work at the Faulkner Gallery in Penumbrae, a one-person show (2003) and at SoHo Gallery & Restaurant in a two-person show, Dancing on the Wall (2005).