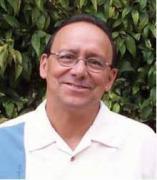 CARLOS MORTON has over one hundred theatrical productions, both in the U.S. and abroad.  His professional credits include the San Francisco Mime Troupe, the New York Shakespeare Festival, the Denver Center Theatre, La Companía Nacional de México, the Puerto Rican Traveling Theatre, and the Arizona Theatre Company.

Morton has lived on the border between Mexico and the United States since 1981, teaching at universities in Texas, California and Mexico. He is currently Professor of Theater at the University of California, Santa Barbara.

PUBLICATIONS (Collections of Plays in Books) 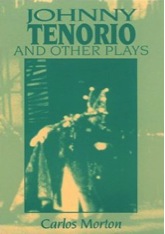 THE FICKLE FINGER OF LADY DEATH AND OTHER PLAYS 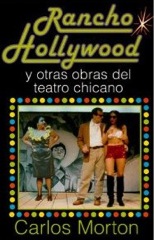 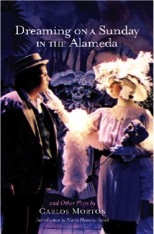 DREAMING ON A SUNDAY IN THE ALAMEDA
University of Oklahoma Press, Norman, 2004, pp.168.

CHILDREN OF THE SUN: SCENES AND MONOLOGUES FOR LATINO YOUTH

An exploration of dramaturgy including an analysis of plot, character, theme, diction, and spectacle. Students will be expected to read plays, see a live theatrical production, write a critique of the performance, and compose an original ten minute play.

The beginning playwriting class is designed to encourage writing for the stage with special emphasis on the construction of a PLOT, development of CHARACTER and exploration of THEME. Students will write a one act play at least 30 pages long. Scenes will be read in class and students are expected to assist each other in the readings.

Latinos have become the largest minority in the United States, and their art is beginning to make a significant impact on American Culture. Since the 1960’s the theatre and film of Chicanos, Puerto Ricans, Cuban Americans and other Americans of Latin American origin have been making their mark on the professional stage and in Hollywood.

This is a survey course designed to study the dramatic literature of Mexican Americans, Puerto Ricans, Cuban-Americans, as well as other U.S. Latinos residing in the U.S.A. The objectives are to acquaint the students with a history of U.S. Latino theatre and the conditions that produced this theatrical movement.

Theatre has been used to educate and entertain in a tradition dating back to Aristophanes. In 1965 El Teatro Campesino used didactic methods including a blend of commedia’del arte techniques and the “learning pieces” of Bertolt Brecht to help spread the message of the farm workers movement. Using the same techniques, students will create original 10-20 minute skits dealing with issues of social concern. Students will be expected to write, act, choreograph, design and stage the production during Winter and in Spring will afforded the opportunity to tour the “actos.”