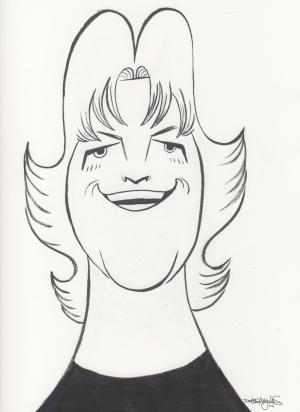 Vickie is the Founding Producer, Initiative for New and Reimagined Work at the University of California Santa Barbara where she teaches lighting design for dance and theater, designs lights, sometimes scenery, and mentors students. She is a graduate of the School of Theater, Film and Television at UCLA with graduate degrees in both Lighting Design and Technical Direction.

Vickie has created lighting and scenic designs for dance and theater productions throughout the U.S. and abroad. Her recent professional work includes the lighting design for Is Edward Snowden Single by Kate Cortesi in New York City, A Great Wilderness by Samuel D. Hunter in Los Angeles, CA., production design for The Shot, a new play about Katharine Graham, written by Robin Gerber that has toured to multiple venues in Southern California, in Massachusetts, and will open in New York City very soon, and multiple seasons as the Resident Lighting Designer and Production Coordinator for the Ojai Playwrights Conference, Robert Egan, Artistic Director.

Professionally, Vickie is the Chairperson of the Advisory Board for The California Arts Project (TCAP), active in the United States Institute for Theater Technology (USITT), and is a member of the United Scenic Artists Local 829 (USA), the Illuminating Engineering Society, the Association for Lighting Production and Design (ALPD), the Organisation Internationale des Scénografes, Techniciens et Architectes de Théatre / International Organization of Scenographers, Theatre Architects and Technicians (OISTAT), and the Themed Entertainment Association (TEA). Prior to coming to UC, Santa Barbara, Ms. Scott was the Resident Lighting Designer for the Kuntu Repertory Theatre, was the Head of the Design and Production Program at the University of Pittsburgh and was on the faculty at the University of California, Berkeley.

CONTEMPORARY DANCE LIGHTING: The Poetry and The Nitty Gritty https://smile.amazon.com/dp/1032130458/ref=cm_sw_em_r_mt_dp_1RHHQTKH5R13BQBB340H