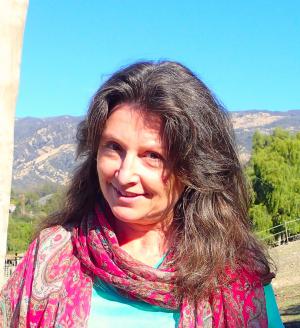 Ruth is as a scholar, creative artist, and performer, whose interdisciplinary research, practice, and teaching are particularly focused on experimental performance-making; community and educational arts; and the politics and poetics of theater, music, and dance in Mexico. Her home department is Music, with affiliations in Theater and Dance, Feminist Studies, and Latin American and Iberian Studies. She is co-convener of the Performance & Politics Research Focus Group.

Ruth has a long career as a performer, teacher, ad scholar. With a foundation in music performance (junior music scholar, Guildhall School of Music and Drama, London: piano & violin), she then completed a BA Hons. in Music, Drama and Dance at the University of Birmingham (1980–1983). Between 1983 and 1994 she had a successful career as a stage and TV actress, singer and performer, and was a British Actors Equity member. She also worked as a community arts facilitator in a diverse range of settings, and completed a postgraduate certificate in Drama in Education. After fulfilling the role of Head of Music in two large secondary schools in Birmingham, she moved to Morelia, Mexico, where she carried out research for her doctoral dissertation (and played violin with a P’urhépecha string ensemble).

Between 2002 and 2011 held a faculty post at the University of Winchester, where she taught contemporary devised performing arts and applied theatre, and set up and directed the InterAct Theatre Workshop for adults with learning disabilities.

She sits on the Board of Directors for the Congress on Research in Dance.

Theater and Performance in Mexico focusing on Women, Feminism, and Politics(THTR 185MX)

Musics and Dance in Mexico175X)