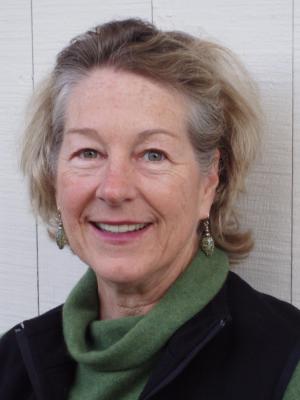 Born in Los Angeles, Nancy received her early classical training from Dimitri and Francesca Romanoff in San Jose, CA.  After high school graduation, she moved to NYC, training initially at ABT, eventually moving on to train with Finis Jung, Marjorie Mussman, David Howard and Nadine Revene. As her professional career developed, her greatest influence and constant inspiration was the great ballet teacher Maggie Black with whom she studied until Maggie’s retirement in the early ‘90’s. Performing and touring extensively, Nancy performed with the Alvin Ailey American Repertory Ensemble (1 year), the Joyce Trisler Danscompany (4 years) and the Lar Lubovitch Dance Company (9 years), dancing in the works of Alvin Ailey, Lucas Hoving, Milton Myers, Joyce Trisler, Charles Moulton, Donald McKayle, Doris Humphrey and Ruth St. Denis. Nancy was involved in the creation of many of the dances that Lar choreographed in the years between 1979 and 1989. (Cavalcade, A Brahms Symphony, Big Shoulders, Tabernacle, Adagio and Rondo for Glass Harmonica, Rhapsody in Blue, From Paris to Jupiter.)

In 2003, Nancy was a featured performer in the film Journey – Mythical Travels to Three Ancient Sites, directed by Martita Goshen of Turtles, Inc.  The film premiered in New York City at the Dance On Camera Festival 2004. It has been presented on PBS stations nationwide and at film festivals in Hawaii, Ireland, Malta, Spain, France, Greece, and South Africa. The film has also been featured at the Tribeca Short Art Film Series, the Long Island Film Festival and the Jung Institute Film Lecture Series in NY.

In the spring of 2004, she joined the cast of Five Foot Feat, a dance/theater play conceived by Catherine Cole and Christopher Pilafian, her colleagues at UCSB. This work was presented in Santa Barbara, Vancouver, Stanford and Minneapolis to great acclaim.

In 2008, Nancy was involved in a collaborative film project based on the beautiful solo, Of Time and The Spirit, choreographed by her colleague, Professor Tonia Shimin. The film, directed and produced by Tonia, with an exquisite score composed by Karen Tanaka, encompasses the stage performances of the solo at the Nate Holden Performing Arts Center in Los Angeles, footage from the Ballet Studio Theater, Leadbetter Beach and Alice Keck Park Memorial Park in Santa Barbara. Of Time and the Spirit, featured on the Santa Barbara Experimental Shorts program, premiered January 24th, 2008 at the Santa Barbara International Film Festival and has been shown at many film festivals nationally.

With these companies and projects she has traveled extensively, experiencing the world through the arts. Nancy retired from performing in 2007, having sustained a performing career of 35 years; without major injury and rich with experience and personal acclaim.

In 1997, Nancy taught one quarter as a guest lecturer at UCSB. She continued teaching as needed and ultimately became a member of the dance faculty. She is now a senior lecturer at UCSB in the Department of Theater and Dance. Additional teaching credits include summer workshops for American Ballet Theater, Summer Sessions UCSB, State Street Ballet Summer Intensives and master classes for the Pacific Regional Ballet Festival 2004, American Ballet Intensive, Summerdance Santa Barbara, Cal Arts, Loyola Marymount and Alvin Ailey American Dance Theater.

In 2005, she restaged Jane Dudley’s signature work Harmonica Breakdown (a solo Nancy performed extensively) for Kyla Farrow, who performed it with the UCSB Dance Company tour of the western USA. In 2007, she restaged Harmonica Breakdown for Chelsea Retzloff and, that same season she restaged Jane Dudley’s 1944 solo Cante Flamenco (originally reconstructed and performed by Nancy) on Lynda Gutierrez. In 2010, Cante Flamenco was restaged for former principle dancer of the Martha Graham Dance Company, Alessandra Prosperi, for the New York season of Company 360.

She has choreographed several solos and set ensemble dances on students at the Orange County Performing Arts High School, the UNLV Student Dance Company, Santa Barbara Dance Theater, State Street Ballet Young Dancers, as well as the State Street Ballet Summer Intensive advanced students and company members. For many years, her choreography was presented by Santa Barbara Dance Alliance for their New Works programs.  In 2008, the State Street Ballet presented Dream Dancing, co-choreographed with UCSB colleague Christopher Pilafian, for their winter season at the Lobero Theater. In 2008, Nancy restaged and directed the solo Anemone (choreographed originally for her by Christopher Pilafian) for Melissa Ullom who performed it in the Hatlen Theater.

In 2008/09, Nancy served as rehearsal Director and liaison between the Lar Lubovitch Dance Company and the UCBS Dance Company in staging Marimba, Mr. Lubovitch’s signature minimalist work of the 1980’s. In 2009, Nancy toured to 7 cities in China as Rehearsal Director with Santa Barbara Dance Theater and the UC Santa Barbara Dance Company. She was honored to have a solo she created for SBDT performer Ian McGinnis included in the repertory that SBDT presented in China and South Korea.

In 2012, Nancy created K&L: In Tandem, a beautiful duet featuring two UCSB graduates, Leila Drake and Kyle Castillo. In 2013, she created two dances for 15 dancers for an onsite performance at Rancho Tecolote in Goleta, in honor of the UCSB Board of Trustees. January 2014, Nancy created a solo dance for Santa Barbara Festival Ballet dancer Gracie Barker, to be performed at the International Classical Ballet Competition sponsored by Cecchetti USA in Richmond Virginia, August 7-9, 2014.

Recently Nancy’s dancing was featured in a new documentary, yet to be released, Michio Ito (1892-1961) Pioneering Dancer-Choreographer, produced by the Los Angeles Dance Foundation. The film is being submitted to film festivals nationally.

Nancy’s family lives in the foothills of Goleta.  She credits her life in Santa Barbara with the grace of their presence and guidance – indeed, they are brilliant patrons of the arts and of dance particularly. They made her career possible by exposing her to all forms of dance and theater growing up and by making sure she had fine training and constant support. In her spare time, with her father, she crews on the yacht Ferdinand and is delightfully involved in the renovation of her home on the Mesa. Nancy is eternally grateful to have landed in Santa Barbara, teaching dance in the studios of the university, creating and sharing - helping to train and mentor aspiring young dancing artists.