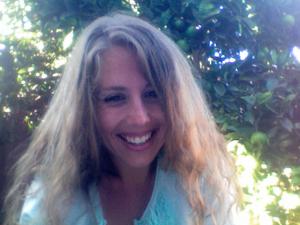 Haddy Kreie is a Ph.D. candidate in the department of Theater and Dance and is also working toward a Black Studies emphasis. Her current research seeks to reconceptualize understandings of trauma in terms outside of dominant Western psychoanalytic paradigms, particularly in terms of the contemporary postcolonial experience in Africa. She is currently living in Ouidah, Benin, conducting field work for her dissertation project. Through historical, ethnographic, and performance studies research in Benin, she explores the relationship between Vodun (voodoo) and histories of slavery as a means of identifying and articulating trauma and its coping mechanisms in ways that don’t determine the postcolonial condition as always already traumatized. She earned an M.A. in Theatre Studies in 2012 at Florida State University with a thesis entitled: "Toward a Post/Colonial National Identity in the Theatre of Madagascar: Jean-Luc Raharimanana’s 47 and The Prophet and the President,” a study on how theatre of Madagascar negotiates Malagasy national identity through the representation of traumatic colonial memories. Haddy's tertiary research interests also include the political implications of various aesthetic forms of African theatre, especially regarding representations of power and violence on stage, and devised and documentary theatre and the use of theatre for deploying ethical paradigms.

Before pursuing a Master’s degree, Haddy served two-and-a-half years in the Peace Corps in Madagascar as a rural health development agent. Her major projects in Madagascar included developing television programming for women’s healthcare, directing a nationally broadcast youth talk show, and implementing preventative healthcare measures in a rural village, which have played a significant role in developing her scholarship and methodology. Haddy also works as a director and dramaturge, specifically interested in new plays and devised work. Last year she directed the first ensemble production of Donald M. Molosi's award winning play Blue, Black, and White, about the Seretse Khama, the founding father of Botswana and advocate for a multicultural African state.