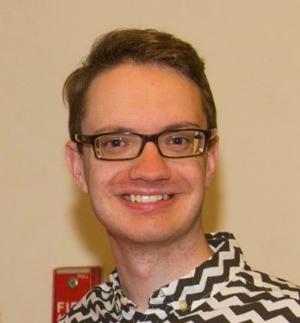 Cole Remmen is a graduate student in the MA/PhD Theater Studies program at the University of California, Santa Barbara. He graduated summa cum laude with distinction in spring 2016 from the University of Minnesota with a Bachelor of Arts in Theatre Arts and a minor in Studies in Cinema and Media Culture. Cole has also taken numerous courses exploring his passion for physics, astrophysics, and mathematics. A recipient of several awards for achievement in acting, playwriting, academics, and leadership, Cole has directed and performed in numerous productions and workshops with the UCSB Department of Theater and Dance, the University of Minnesota Department of Theatre Arts and Dance, as well as Theater Latté Da and Theater Arts Caltech. In addition to his strong background in musical theatre and vocal performance, Cole is an instrumentalist with training in piano, which he studied formally for 12 years, and saxophone.

A director, actor, playwright, and composer, Cole has experience and training in both scripted and devised work. He is particularly interested in bringing together scientific and artistic communities, bridging these seemingly disparate fields through the creation and staging of theatrical works that draw from the rich history, stimulating theories, and rigorous methodologies of science. He further seeks to link these disciplines by finding the underlying practical and ideological connections that theatre and science share as parallel manifestations of human creativity and complementary modes of representation and understanding. In addition, Cole has a deep interest in the classic and historical traditions of theatre, from the works of Aeschylus, through Elizabethan drama, to contemporary musical theatre. In his work, Cole also explores the ways in which animation, new media, and interactive technology can revolutionize design for live performance and reconceptualize the actor/audience relationship.

Cole's most recent directing credits include Efficiency (a 1917 science fiction play that features one of the first dramatic representations of a cyborg), The Final Frontier, Staging Sci-Fi (a theatrical reading of science fiction plays and short stories). Caryl Churchill's A Number, That Way Madness Lies (an original devised piece exploring the role of insanity in the works of Shakespeare), Samuel Beckett's Footfalls, and Michael Frayn's Tony Award-winning drama Copenhagen. Recent acting credits include Spock in Boldly Go!, Krapp in Samuel Beckett's Krapp's Last Tape, Ralph Werner and Raj Chadha in the University of Minnesota's mainstage production of WORKING: a musical, Werner Heisenberg in Copenhagen, various roles in the workshop of the new musical C. with Theatre Latté Da, originating the role of Carl in Please Don't Stop, and Dr. Henry Jekyll in Jeffrey Hatcher's Dr. Jekyll and Mr. Hyde.