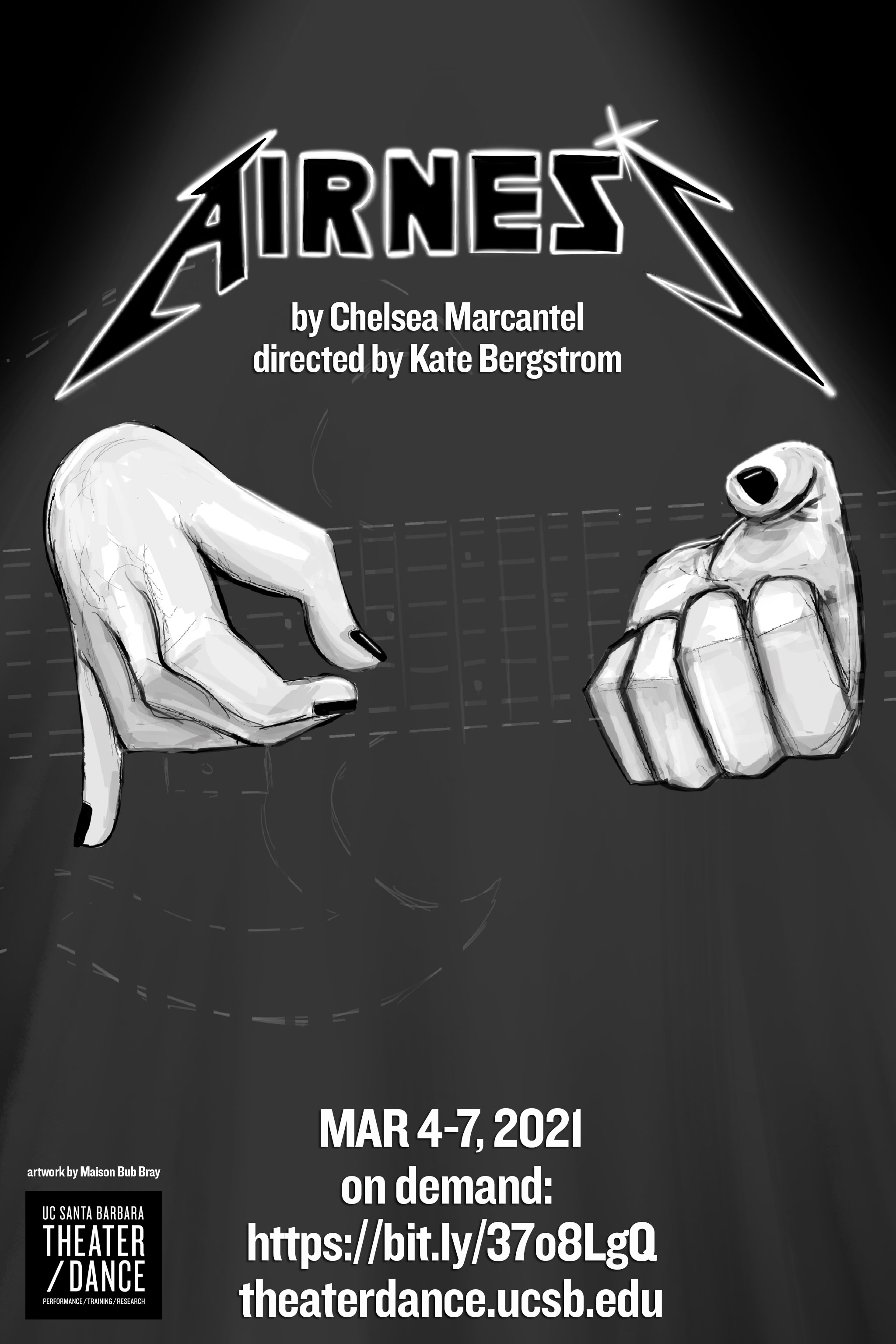 Written by Chelsea Marcantel, Airness is a wonderful comedy about the air guitar community, competition, completion, and finding the airness inside yourself. It is an exuberant reminder that everything we need to rock is already inside us.

Reared by Cajuns in southwest Louisiana, Chelsea has lived and made theatre among the peoples of the Midwest, Appalachia, the Mid-Atlantic, and now the West Coast. In 2016, she completed a Lila Acheson Wallace American Playwrights Fellowship at The Juilliard School. Her plays, which have been produced across the US and Canada, include Airness, Everything is Wonderful, Tiny Houses, Ladyish, Devour, and the online theatrical experience Citizen Detective.

Chelsea has been entrusted with teaching young minds at Virginia Intermont College and Emory & Henry College, and loved every minute of it.  As a writer, she is extremely interested in humans as small-group primates, and what happens when the rules and value systems of our chosen groups cease to serve us.  She reads a lot of books, watches a lot of documentaries, and listens to a lot of podcasts.  Chelsea is an enthusiastic member of The Writers Guild of America and The Dramatists Guild, and runs with a kick-ass group of activists called The Kilroys.

Kate is also critic at Rhode Island School of Design and co-teaches  "Performing the Internet" at NYU + The New School. They currently hold a guest lectureship appointment at UC Santa Barbara and UC Los Angeles and help develop strategic anti-racist action plans for a number of companies.

Her directorial work, described as "haunting, intimate and provocative"  by Brian Mertes, focuses on queering brittle gaze, making the impossible possible and supporting visionary playwrights and actors. Women in crisis, dark humor, audio terror, radical joy + rupturing the status quo are a few of the ingredients you may find in her concoctions. She is on the hunt to be together better. 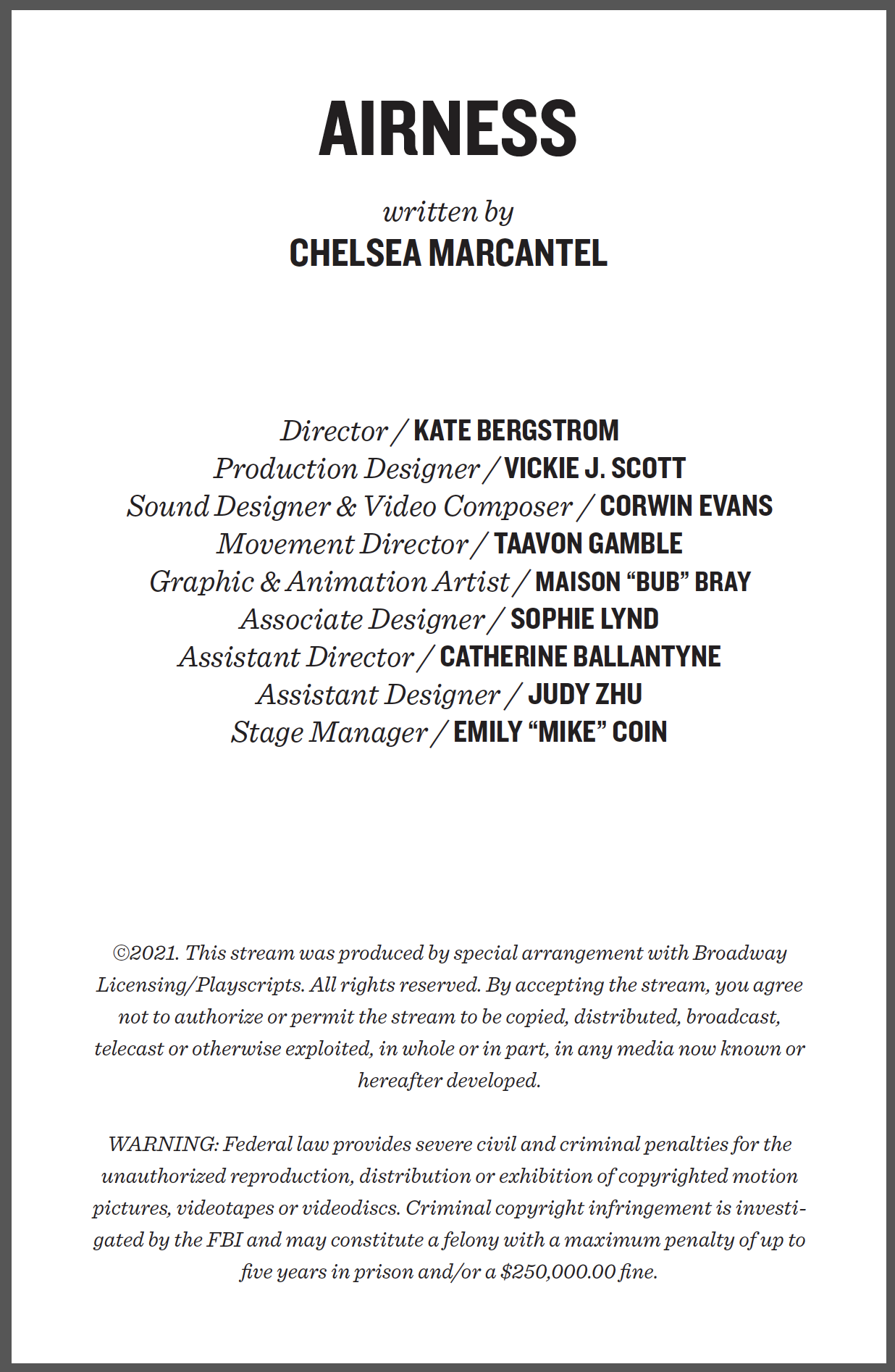 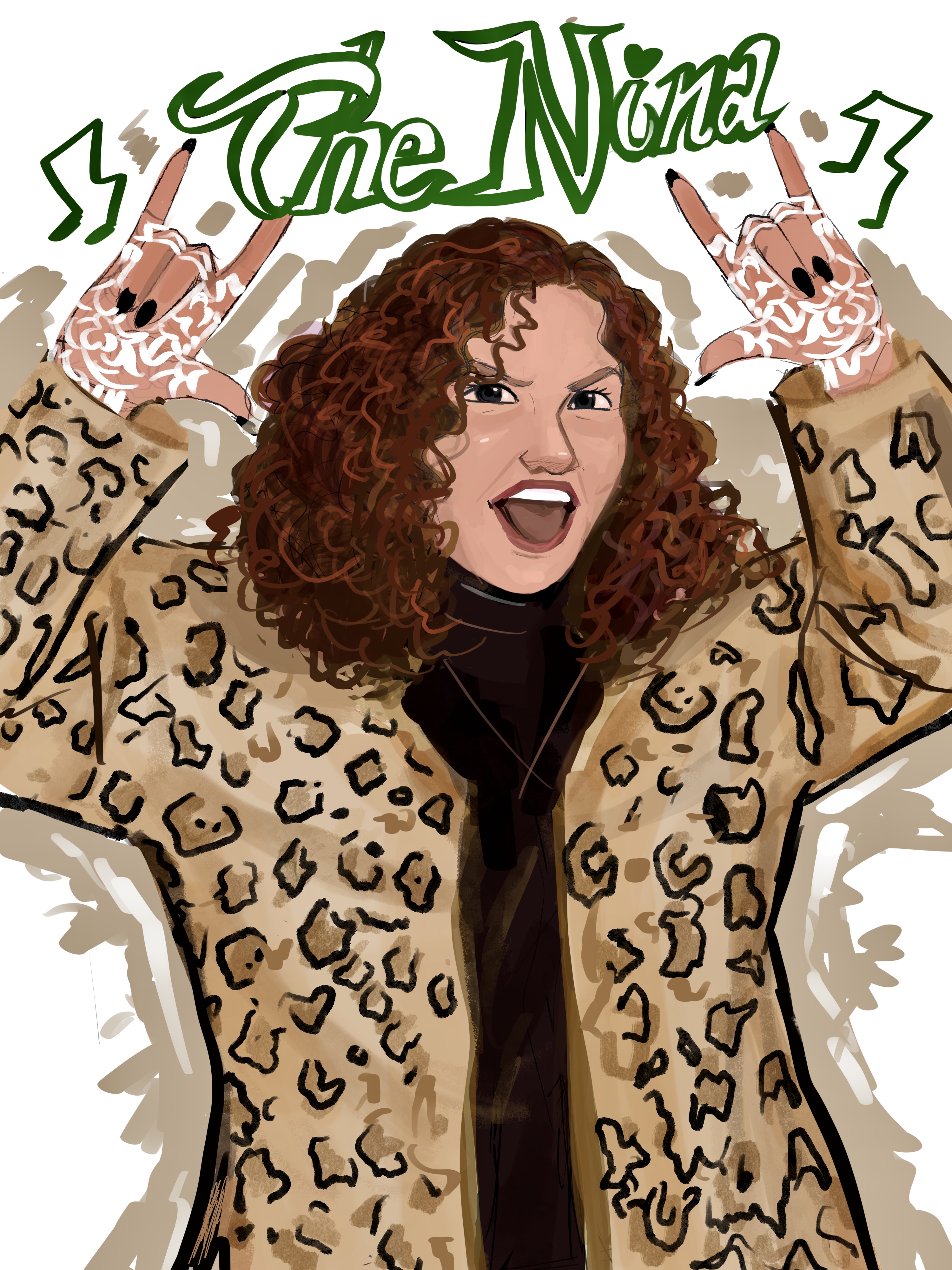 Nina “THE NINA” O’Neal discovers that there’s more to air guitar than playing pretend. She works towards finding airness within herself. 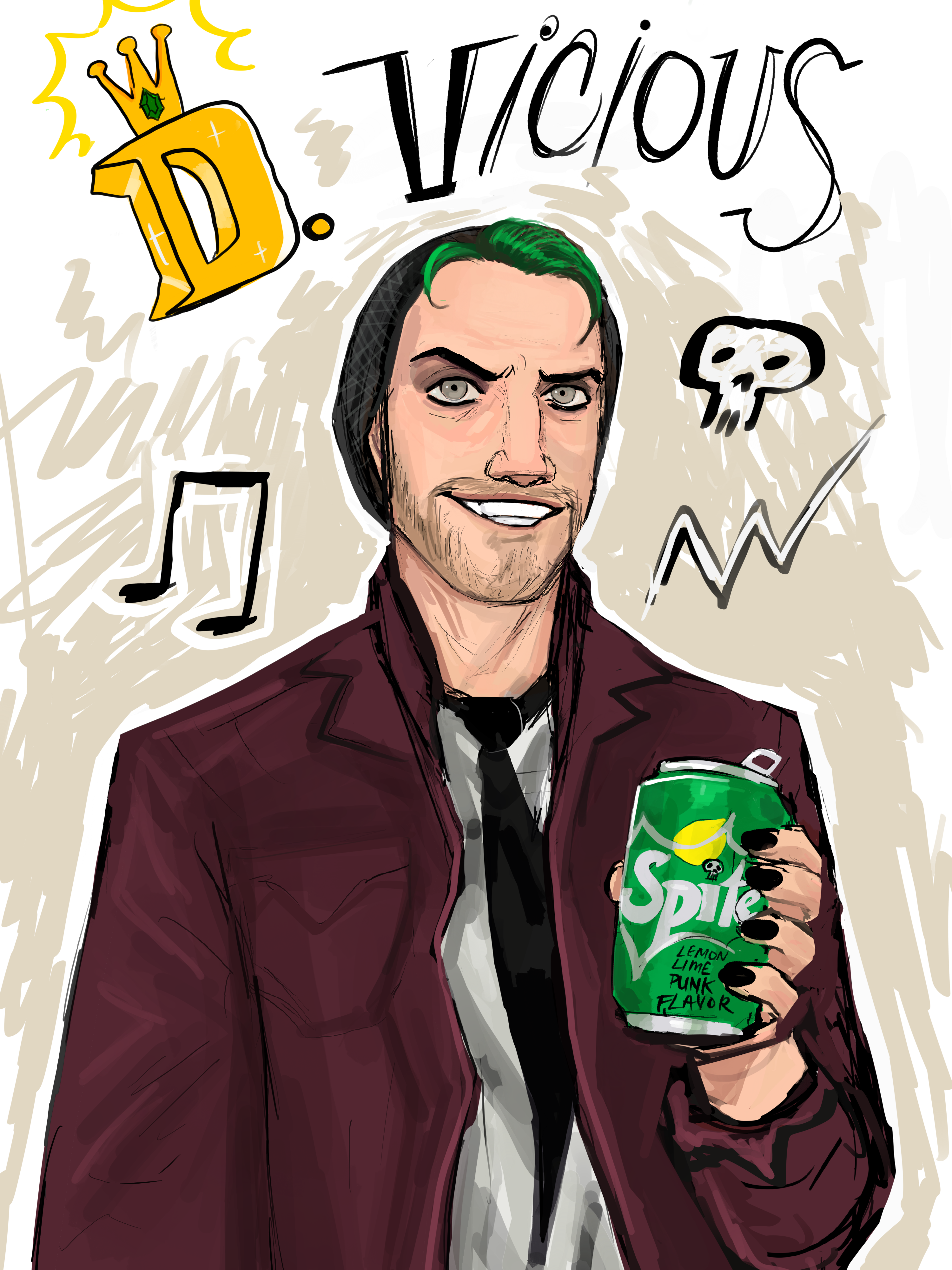 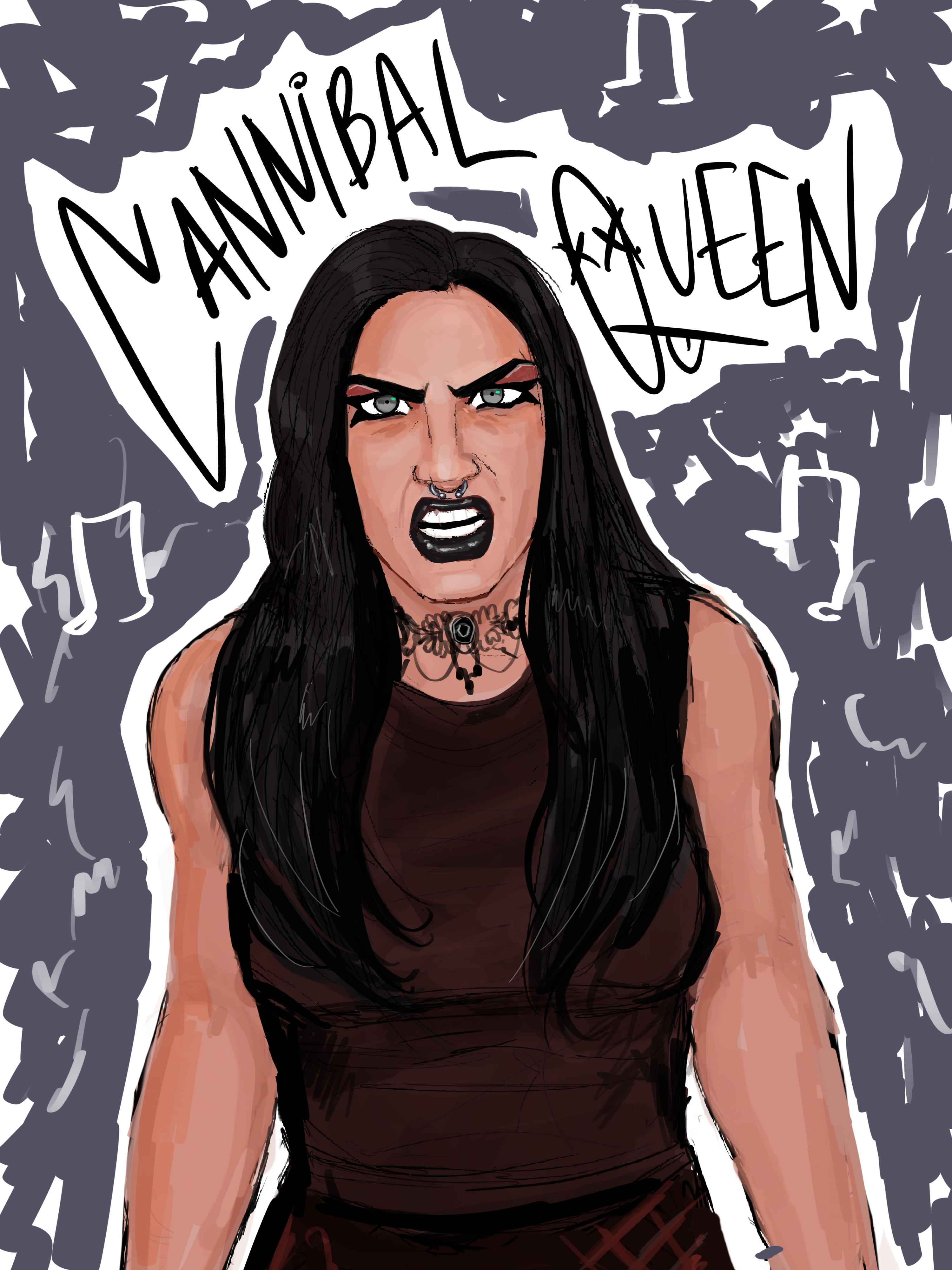 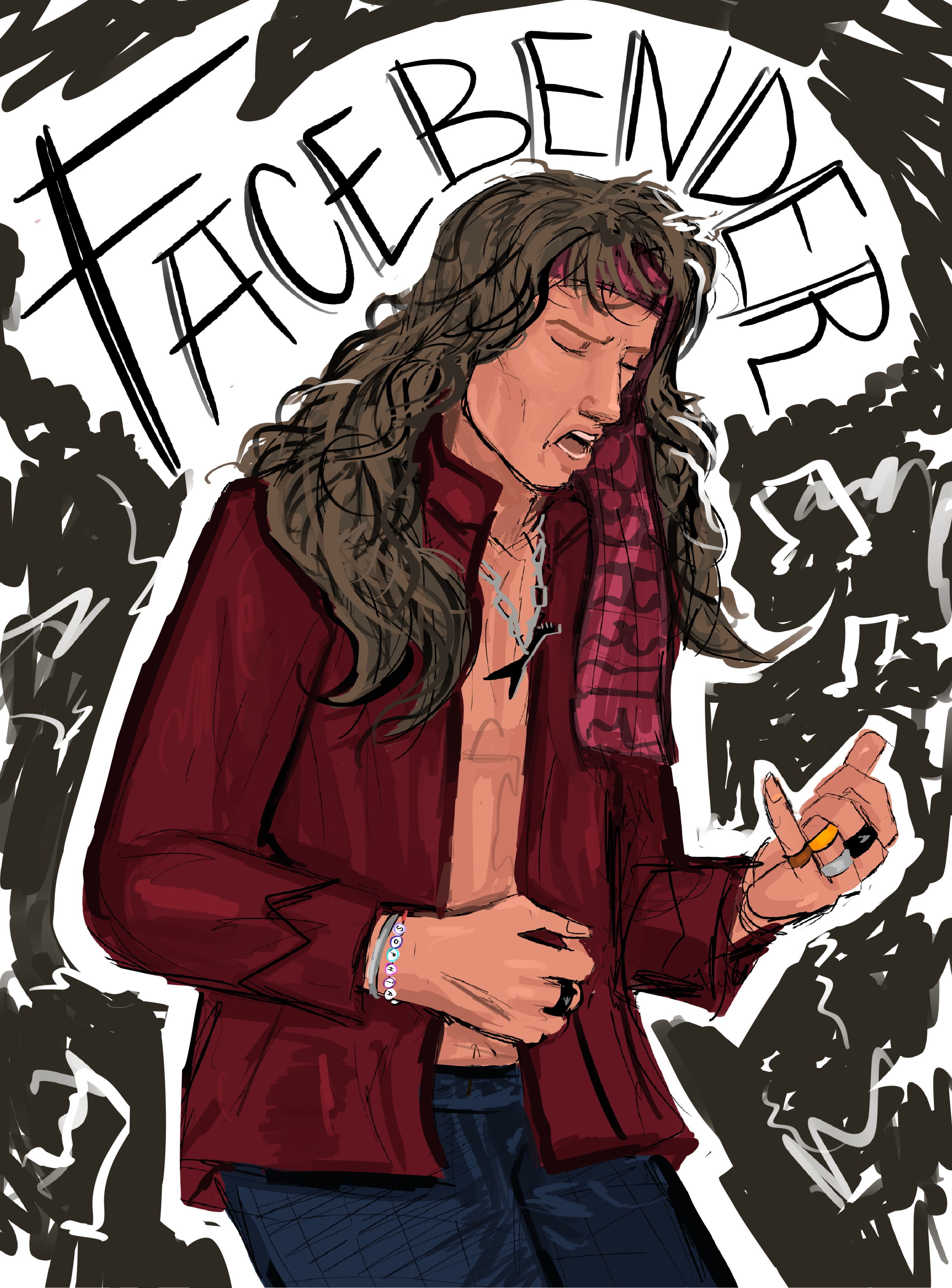 Mark “FACEBENDER” Lender is unparalleled in expressing emotions and connecting with the audiences. 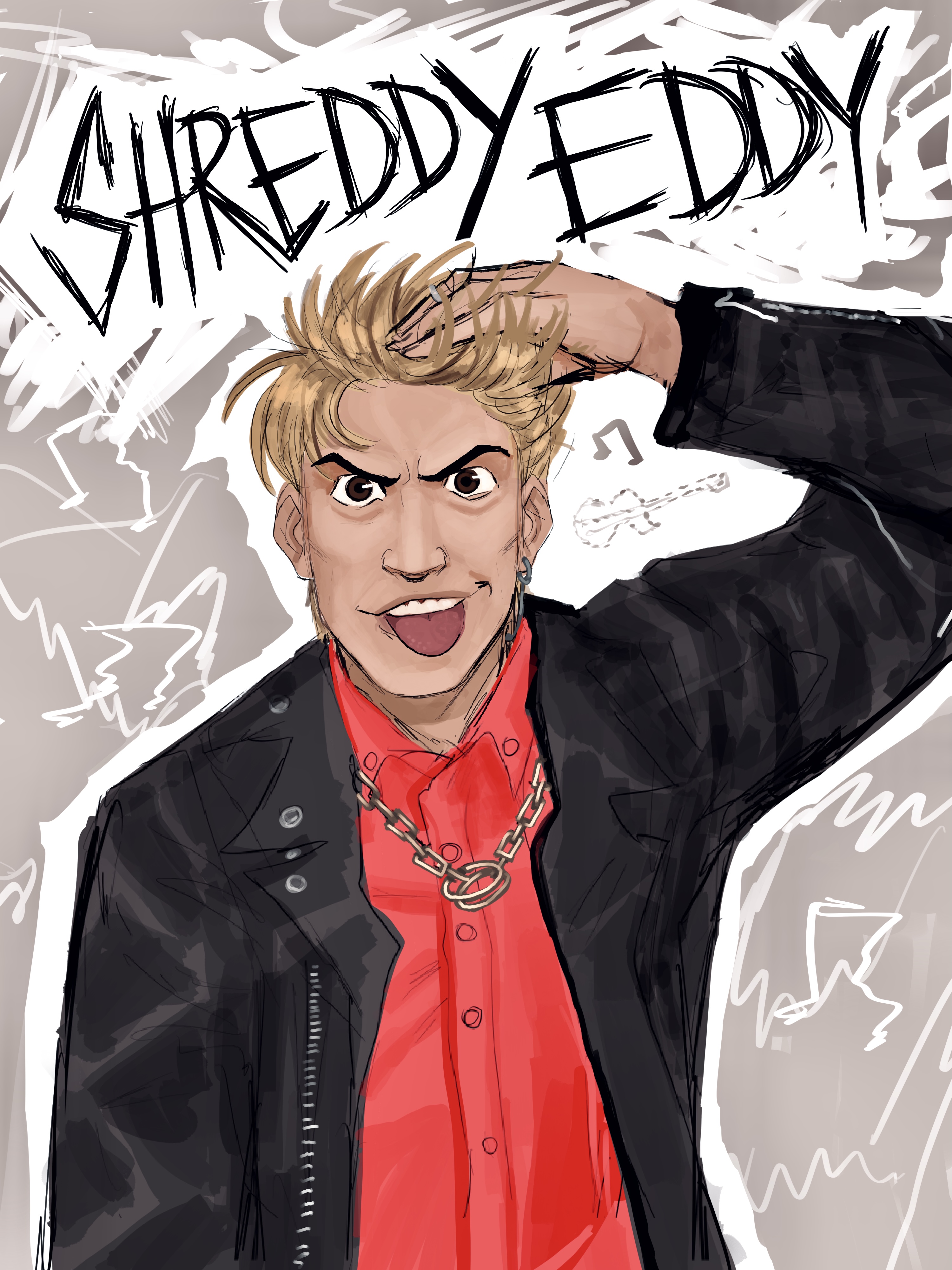 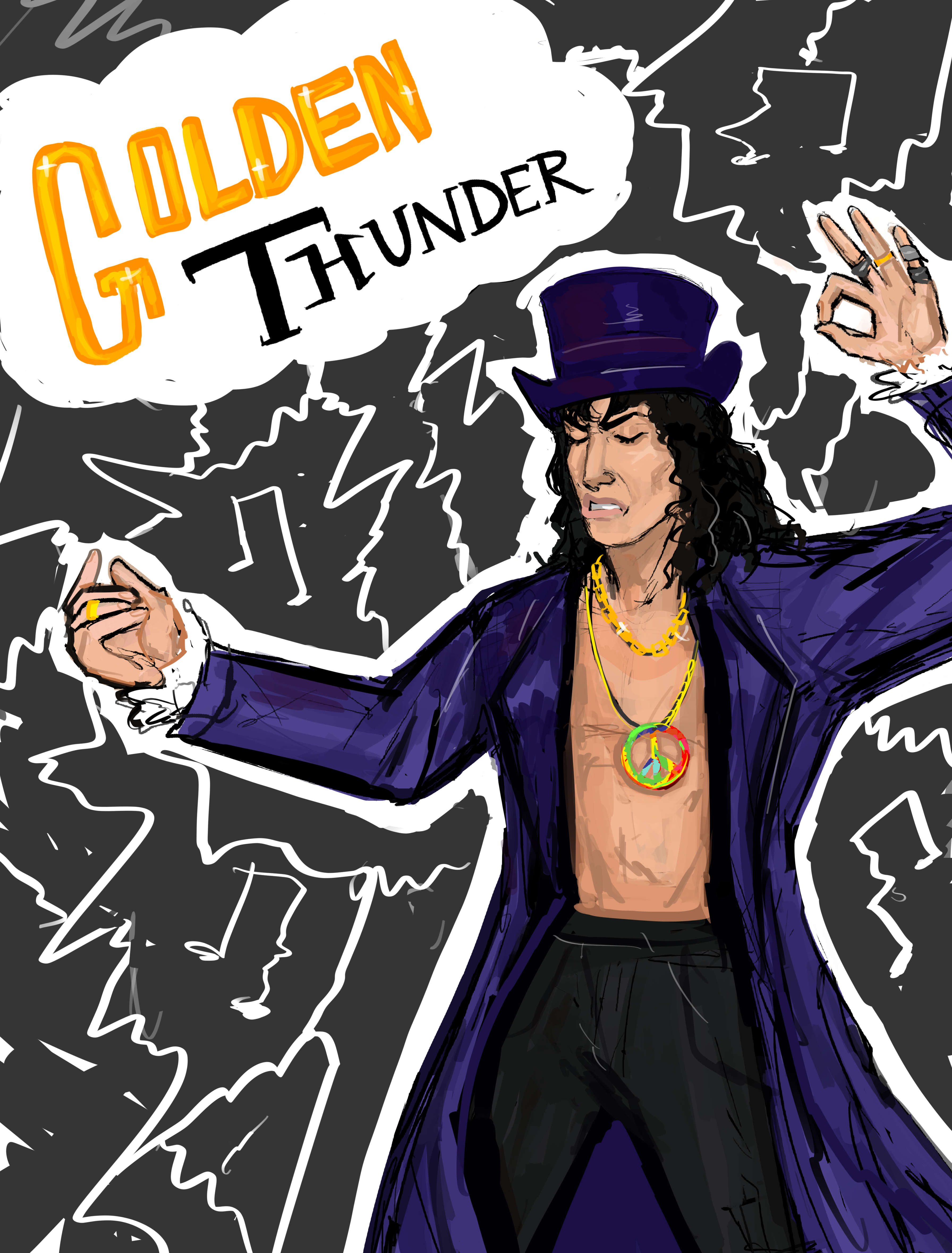 Gabe “GOLDEN THUNDER” Partridge has originality like no other! His unique taste will captivate the audience.