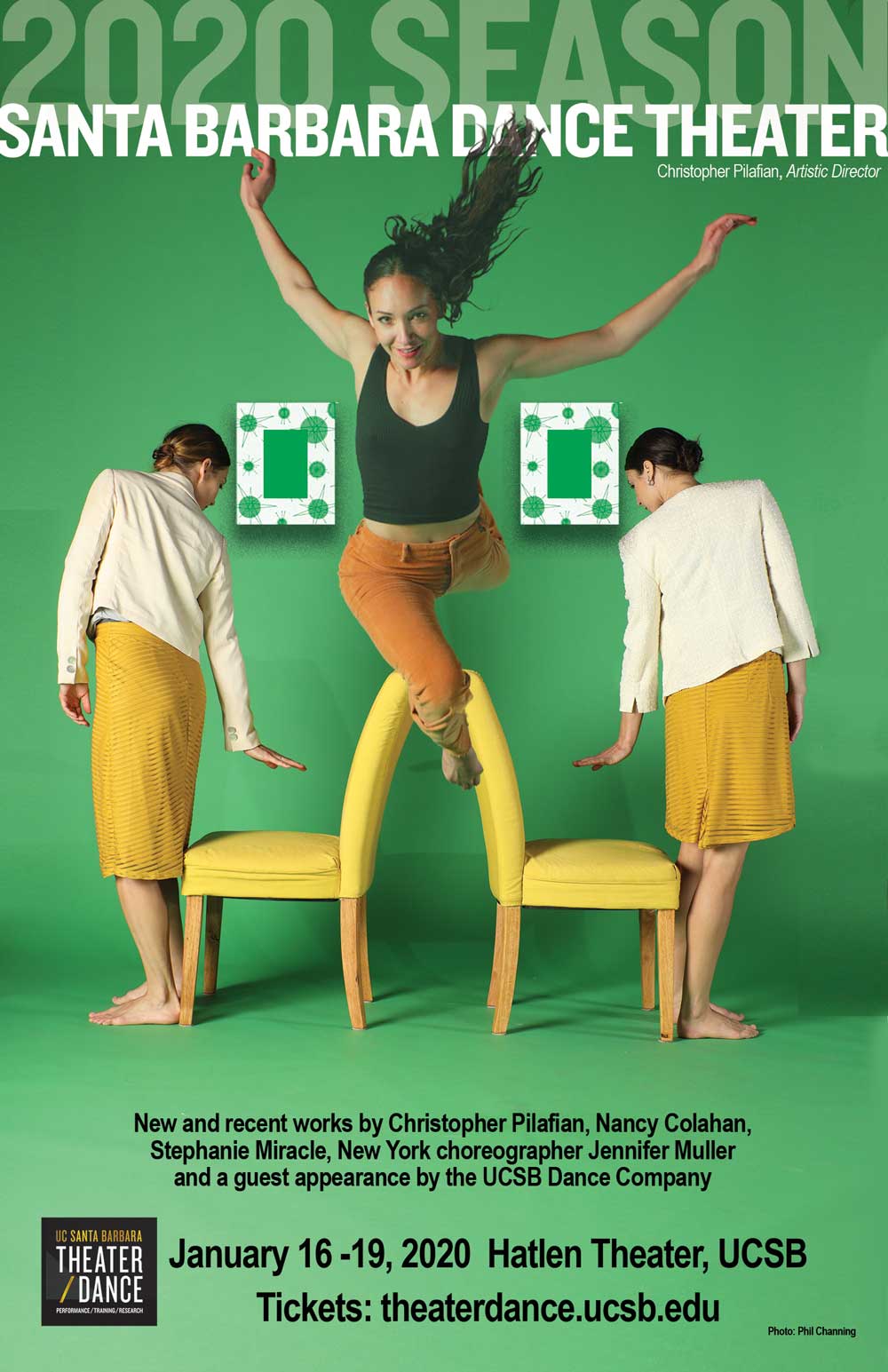 Santa Barbara Dance Theater’s artistic director, Christopher Pilafian, brings an outpouring of daring movement and visual invention created by masters of the medium from January 16th to 19th in the Hatlen Theater.

Guest choreographer Stephanie Miracle’s recent, site-specific recent works lay the groundwork for her creation of a Rorschach-esque world within a pointedly symmetrical environment - 1221 Primrose Ln (premiere). Her characters, hinting at stereotypical male and female roles from the 1960s, double and mirror each other. The piece features an adventuresome original score by Omar Zubair. The choreographer signals her fascination with the disruption of cookie-cutter sameness and asks, “When does symmetry create the satisfaction of ordered existence?”

A Trio of Glass Etudes (premiere) choreographed by Nancy Colahan, performed by the UCSB Dance Company with a score by Philip Glass. In her newest work, Ms. Colahan unleashes a flood of movement invention in a stream of constantly changing form. Members of the UCSB Dance Company – guest performers in SBDT’s season – deliver a radiant performance of Colahan’s beautiful paean to the ineffable. Inspired by the propulsive rhythms of the music, Colahan masterfully guides the audience along a river of ever-new ideas and imagery.

Miserere Nobis (west coast premiere) by guest choreographer, Jennifer Muller, is a cry for forgiveness, an appeal for peace in troubled times and a passionate, elegant response to rancor in the world. The cast includes a guest appearance by UCSB Dance alumna Michelle Lynch, who danced in Ms. Muller’s New York-based company, Jennifer Muller/The Works. A reviewer in Eye on Dance wrote of the piece, “Nine women carry great power as they move onto the stage, one joining after another until all move in a succinct unison. Constantly shifting levels to a dark and spiritual score, Muller channels loss and grief throughout the performance.”

Glint (premiere) choreographed by Artistic Director Christopher Pilafian, is a multi-part work springing from sensory investigation into seeds of action. Integrating the company’s five professional dancers and five apprentices, Pilafian channels the inner spark of motivation and qualities of resilience in body, mind and spirit that allow an impulse to move between chaos and order. Featuring an original score by Sundance alum Ryan Beveridge and internal sections named “Brownian Boil,” “Flick #4,” “Whirligigs” and “Xylophone,” Glint shows Pilafian and company in a dynamic, playful mode. 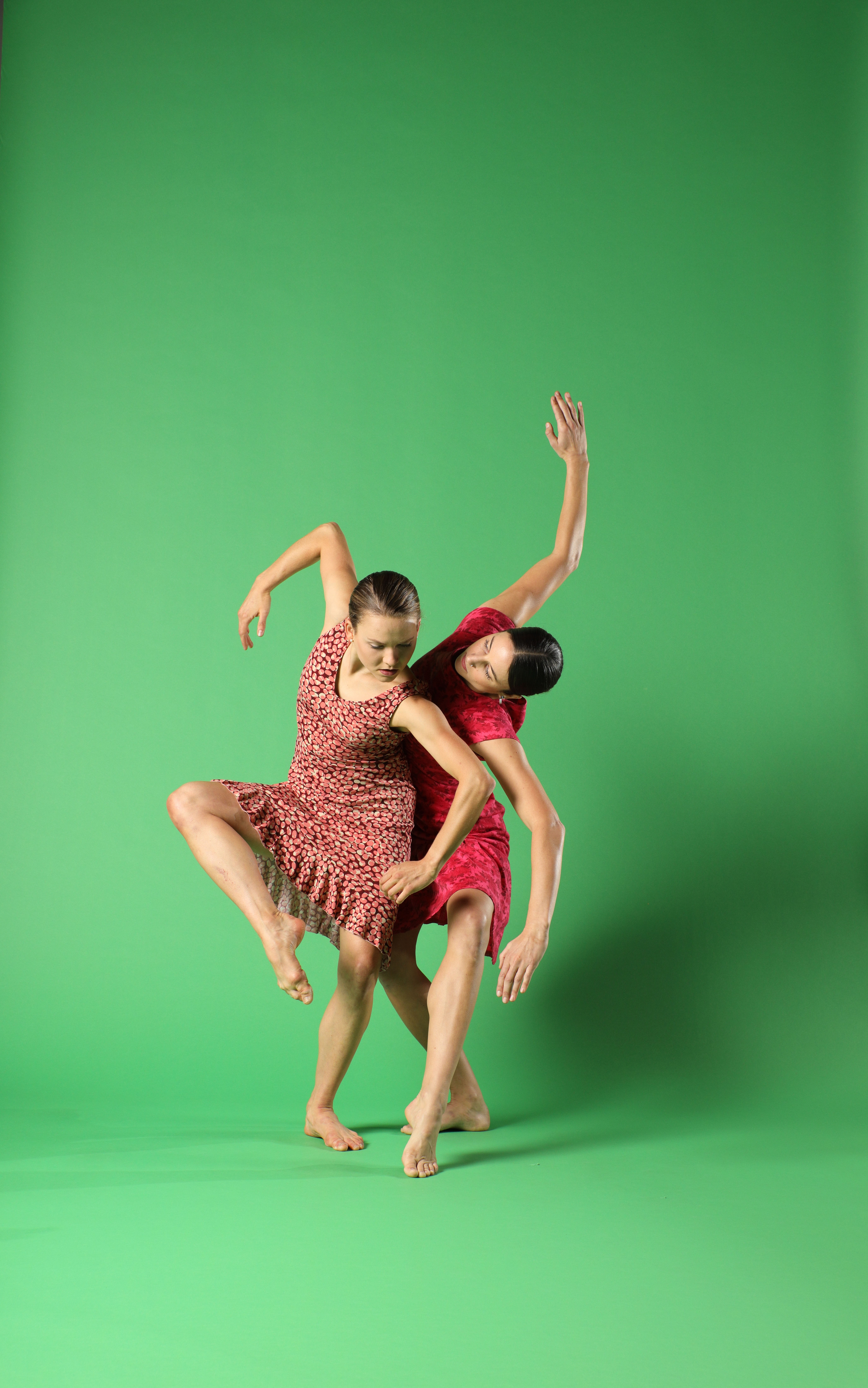 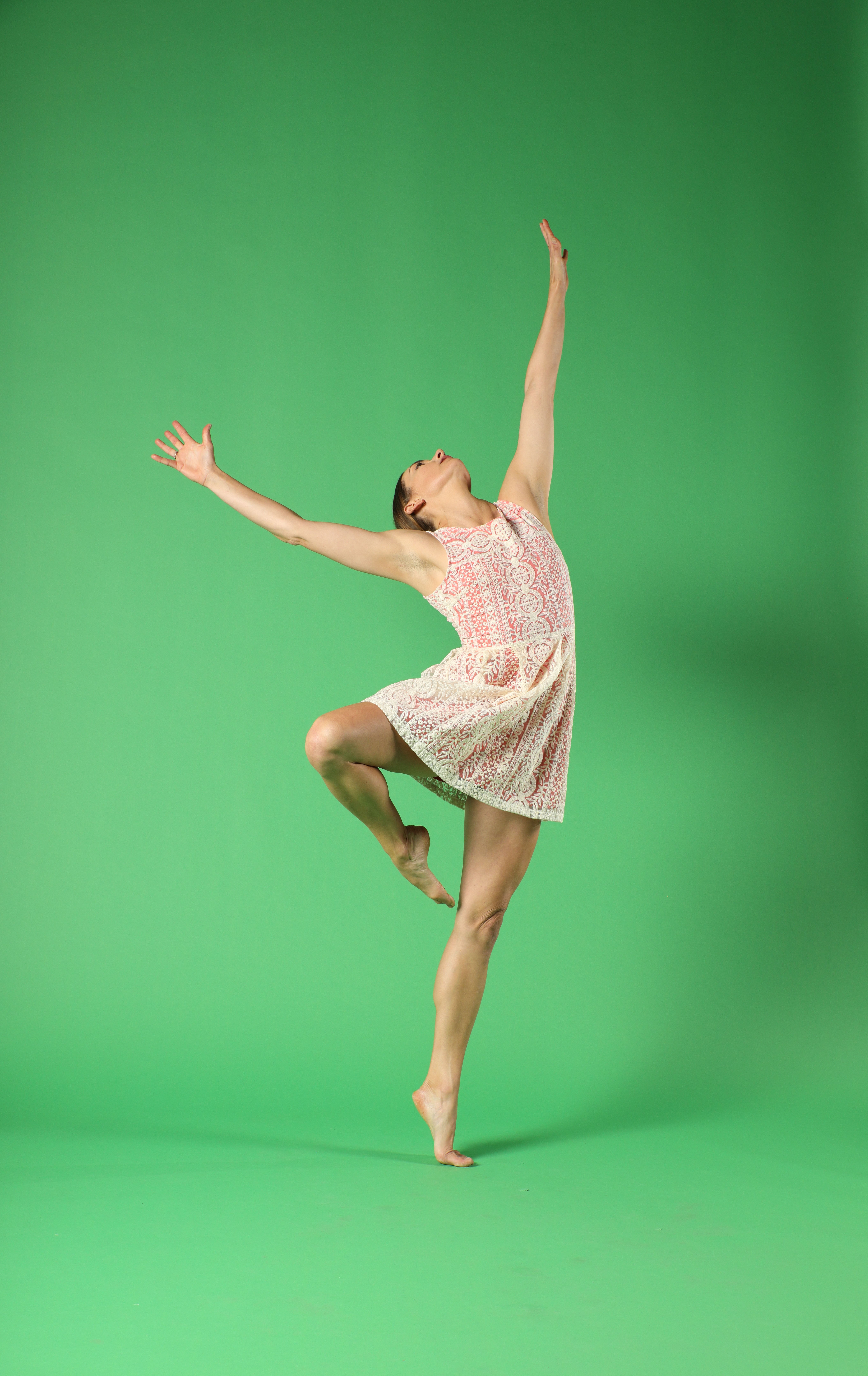 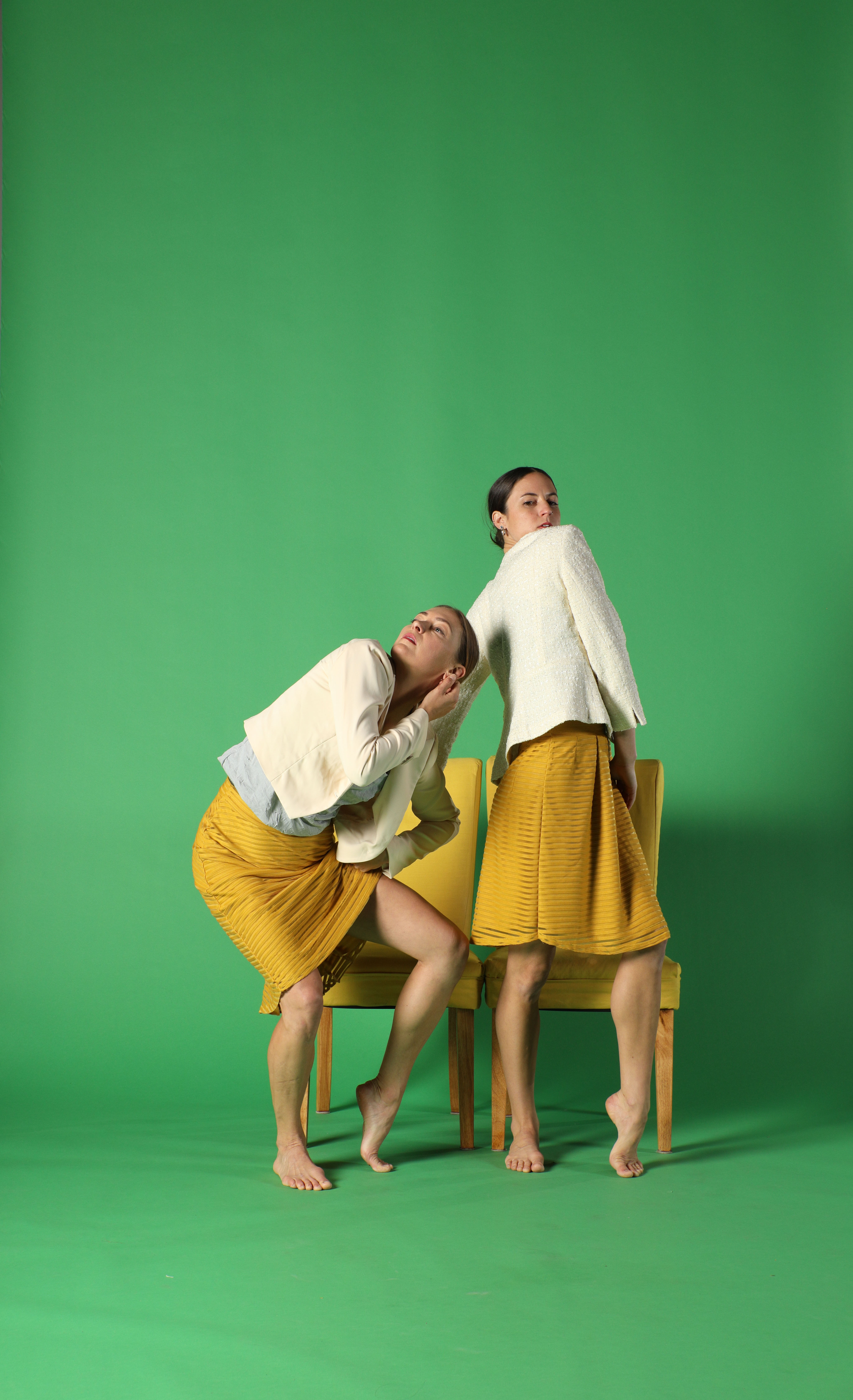 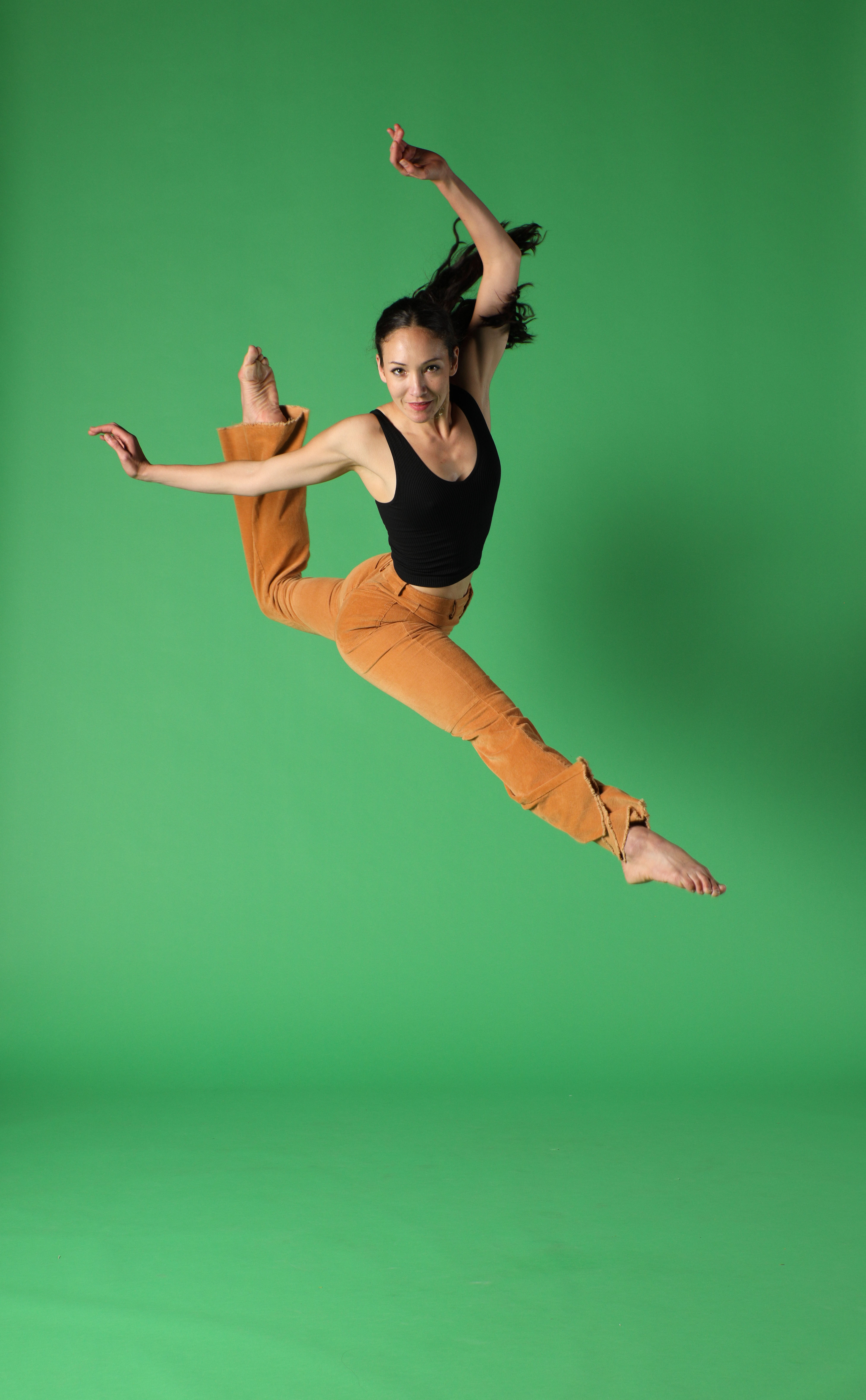