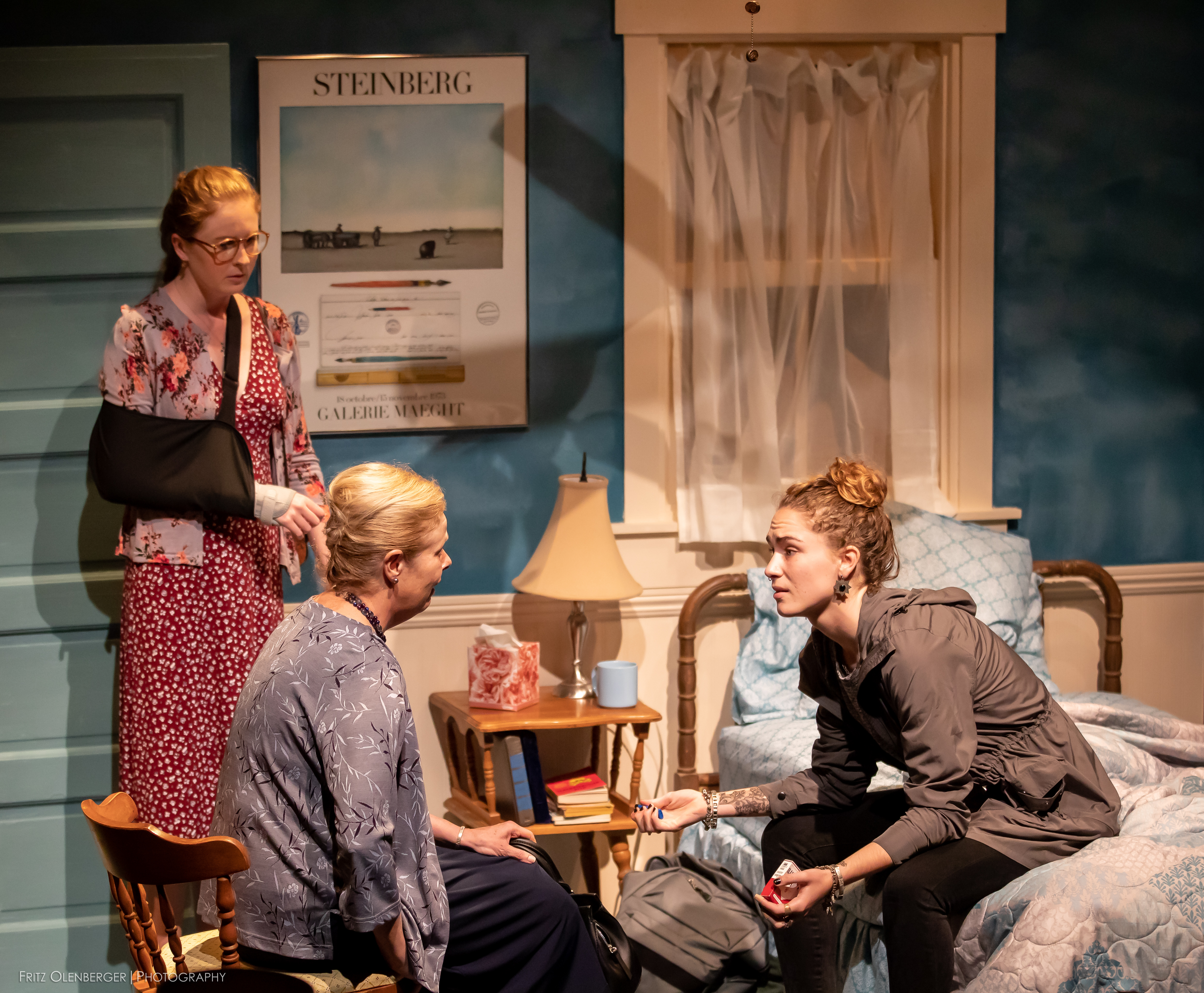 A gathering to commemorate the twenty-fifth edition of Martha Fisher’s celebrated book of poems brings her fractured family back home – all except Martha herself, who committed suicide soon after the book’s original publication. Haunted by the past and events they can’t explain, her family struggles to move forward. How can they reconcile the Martha who wrote so brilliantly about the joys of living, and the hidden Martha who ended her own life? What Martha Did is a darkly funny drama about regret, facing the truth, and finding forgiveness.

Enid Graham is a writer and actress living in New York City. Her work includes - plays: Ruth What Martha Did, Something Unrecognizable, Pathological Venus and For I Know The Plans I Have For You, screenplay: Texas, short stories: “Galveston”, “Blind Spot”, “Go Fish”. Ruth was chosen for the 2018 National Playwrights’ Conference, as well as the New TACTics 2017 New Play Festival in NYC, and the Sacred Monsters Summer Reading Series in Los Angeles California. What Martha Did, was a finalist for the 2015 O’Neil Playwrights’ Conference and a semi-finalist in the Blue Ink Playwriting Festival, American Blues Theater in Chicago. She is a founding member of the 72nd Street Gang, a playwrights’ collective in New York City. As an actress, Ms Graham was most recently seen in M Butterfly on Broadway, in the original Broadway company of The Curious Incident of the Dog in the Nighttime, and in the world premiere of Bull in a China Shop at Lincoln Center 3. Other credits include- Broadway: Honour (Tony Award nomination for best supporting actress), Fortune’s Fool, Dinner at Eight, The Constant Wife – Off-Broadway: King Lear (Public Theatre), If There Is I Haven’t Found It Yet (Roundabout), Some Americans Abroad (Second Stage) among many others. Television includes – The Sinner, Mindhunter, Grey’s Anatomy, Private Practice, Blue Bloods and two seasons as Rose Van Alden in HBO’s Boardwalk Empire. Film includes – Margaret, Margot at the Wedding, The Interpreter, and Silver Tongues.

Risa Brainin is a freelance director and Founder/Artistic Director of the groundbreaking new play development program LAUNCH PAD at the University of California, Santa Barbara.

Brainin served as Artistic Director of Shakespeare Santa Cruz (2001-03) where she directed The Sea Gull, Hamlet and the world premiere of Brad Carroll’s The Emperor's New Clothes. Prior to SSC, she held the position of Associate Artistic Director for both Kansas City Repertory Theatre (2000-2002) and Indiana Repertory Theatre (1997-2000). From 1987-1997, she resided in Minneapolis and had a rich association with the Guthrie Theater, serving as Resident Director (1991-93), Associate Company Director (1995-96) and acting instructor in the company's outreach program (1987-97).

Since creating LAUNCH PAD in 2005, Brainin has developed and directed many new works with the playwright in residence including Sarah Ruhl’s Melancholy Play, John Walch’s The Dinosaur Within, Barbara Lebow’s Plumfield, Iraq and La Niñera: The Nursemaid, Sheri Wilner’s Kingdom City, Biederman’s Match (based on Max Frisch’s Biederman and the Firebugs) by Beau Willimon, music by Michelle DiBucci, lyrics by Portia Kamons, Entangled by Lila Rose Kaplan, Untitled IV by Ruth Markofsky by Alison Tatlock, The Talented Ones by Yussef El Guindi, We Want the Funk, a rustbelt lullaby on the one! by Idris Goodwin, Staging the Daffy Dame by Anne Garcia-Romero, The Watsons Go To Birmingham — 1963 adapted by Cheryl L. West, and Appoggiatura by James Still which premiered at Denver Center Theatre Company in January, 2015. LAUNCH PAD was featured in American Theatre magazine for its innovation and contribution to new play development.

The former director of education for SteppingStone Theatre for Youth Development, Ms. Brainin has taught and /or directed for the MFA programs at University of Minnesota and University of Missouri-Kansas City, UC Santa Cruz, Butler University and the BFA Program at University of Utah. A graduate of the Carnegie-Mellon University Drama Program, Brainin has served on grant panels for the Theatre Communications Group and the National Endowment for the Arts. She is past President of the Board of Trustees of the National Theatre Conference, and serves on NTC’s Barrie and Bernice Stavis Playwriting Award Committee.

Featured in American Theatre magazine as an innovative model of new play development in the U., LAUNCH PAD is a high-tech lab for playwrights-in-residence, UCSB theater students, faculty and guest artists. Led by founding Artistic Director Risa Brainin, a new play is developed each year. The residency culminates in a fully realized “Preview Production.” With a mix of student and professional actors, LAUNCH PAD is collaboration and experimentation in action.

The goal for these extended residencies is three-fold:

While professional theaters are not always able to take a risk on fully producing new work, LAUNCH PAD offers the playwright the chance to work on the play in a safe environment with students who are deeply engaged and hungry to learn how this process works. These Preview Productions are fully realized, allowing the playwright to see their work in three dimensions.

“What Risa Brainin has created at UCSB is entirely rare, but extremely necessary, to the ecology of the American Theatre. By fostering relationships between professional writers and her students, Risa is developing a new generation of advocates for the new play, the contemporary voice, and the inherent value of collaboration. Simultaneously, she is offering some of the most talented playwrights in the country a home in which to safely explore, and providing some of the best production values that exist in the theatre today -- in both the professional and academic spheres.”

Since its inception in 2005, LAUNCH PAD has produced fourteen plays by distinguished playwrights: 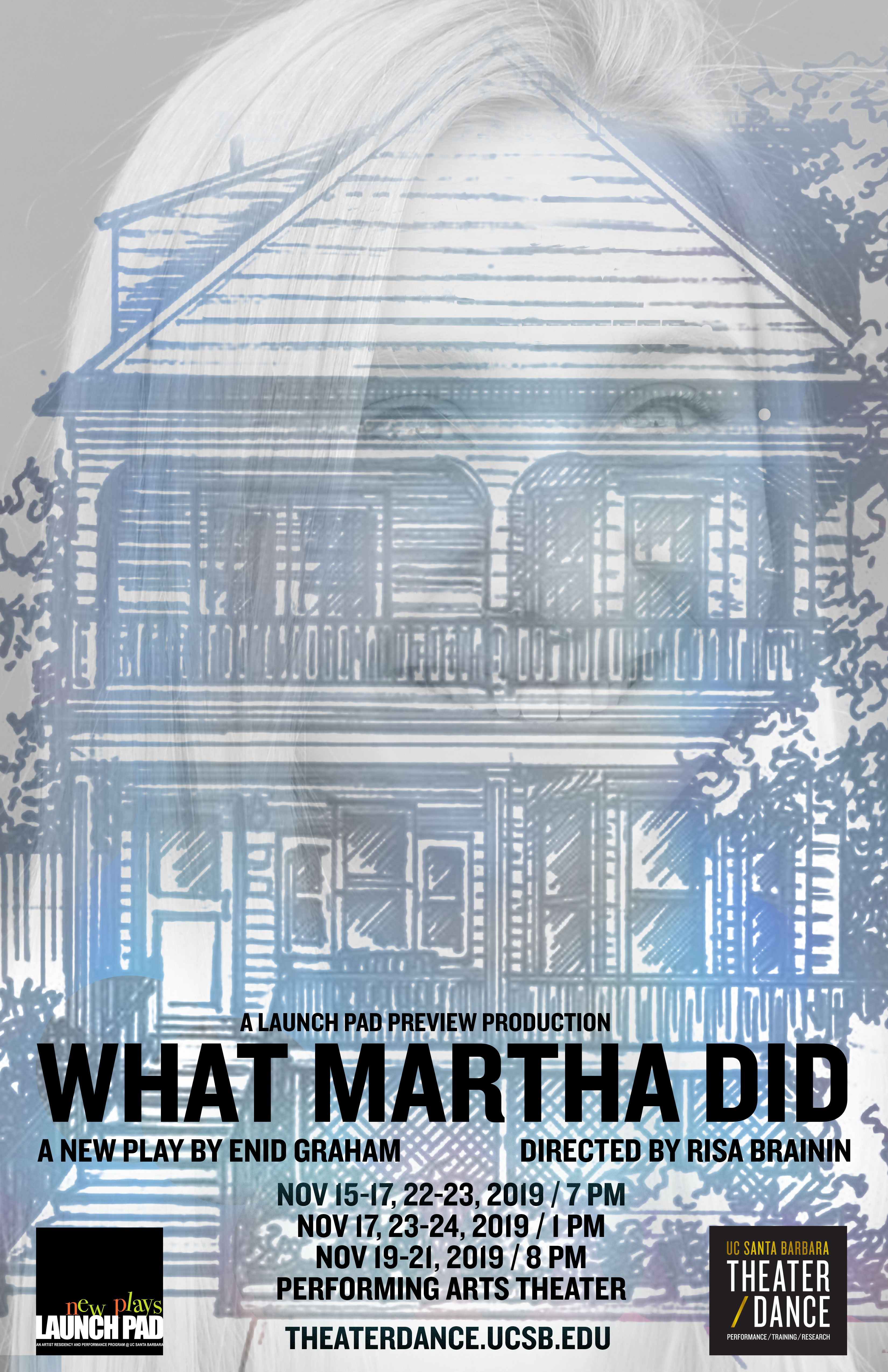 "I feel like I've hit the jackpot with LAUNCH PAD," says Graham. "I feel really lucky to be having this experience in a place with so much talent and devotion to the process." 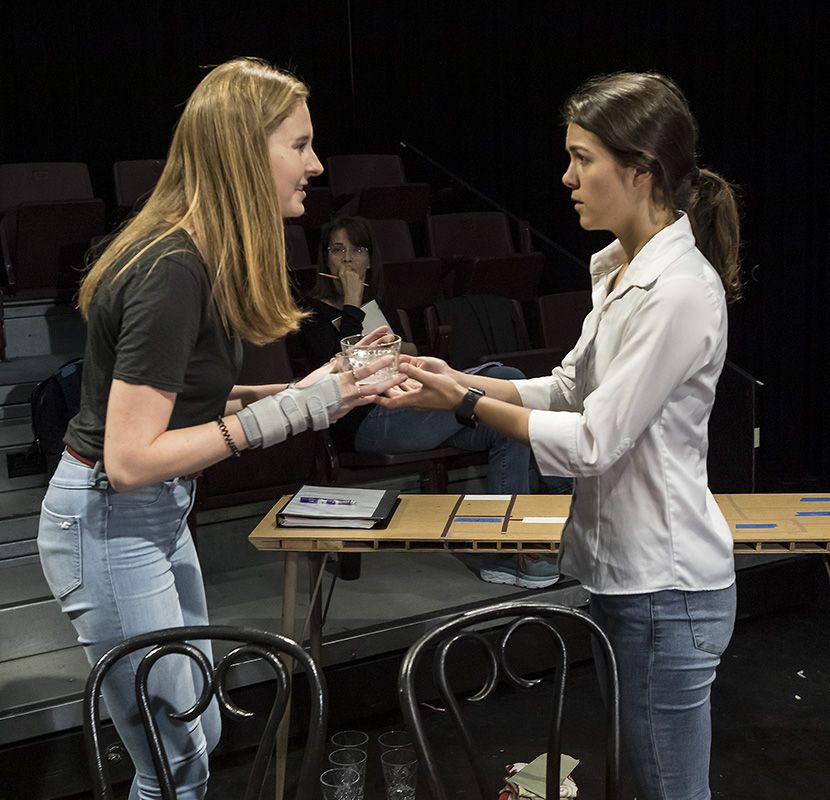 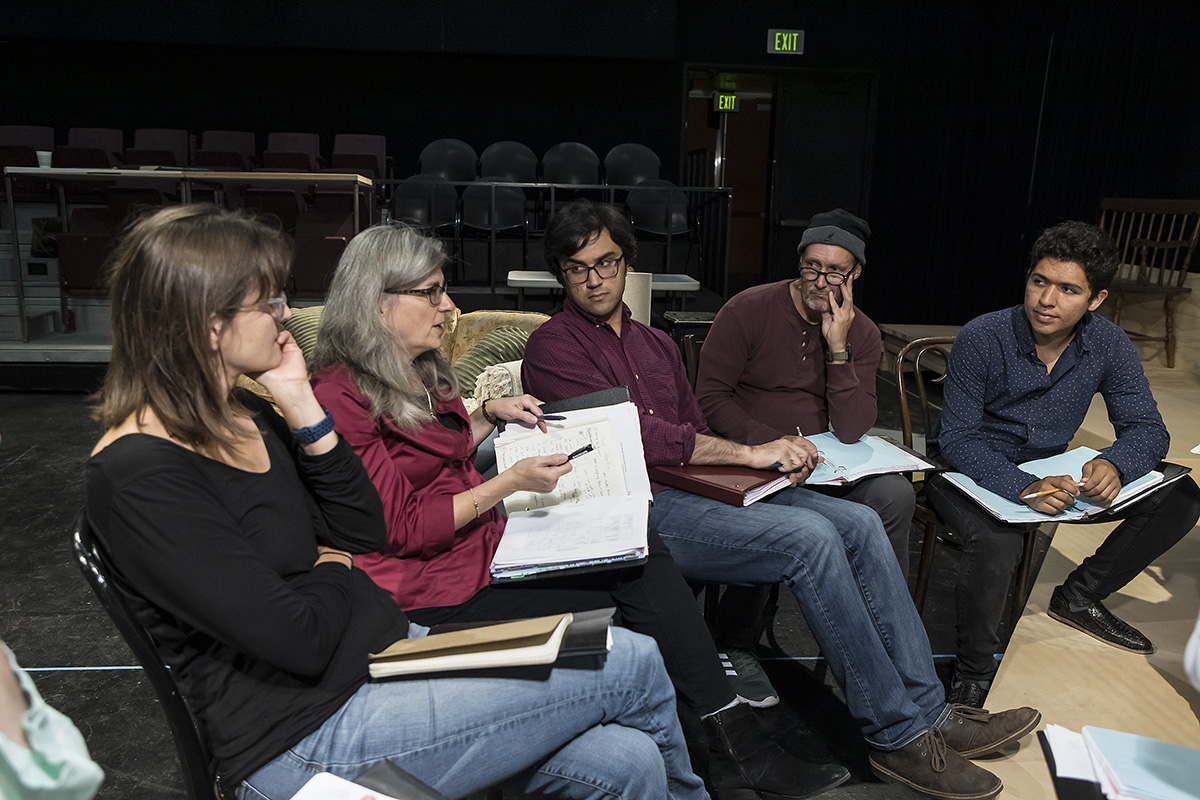 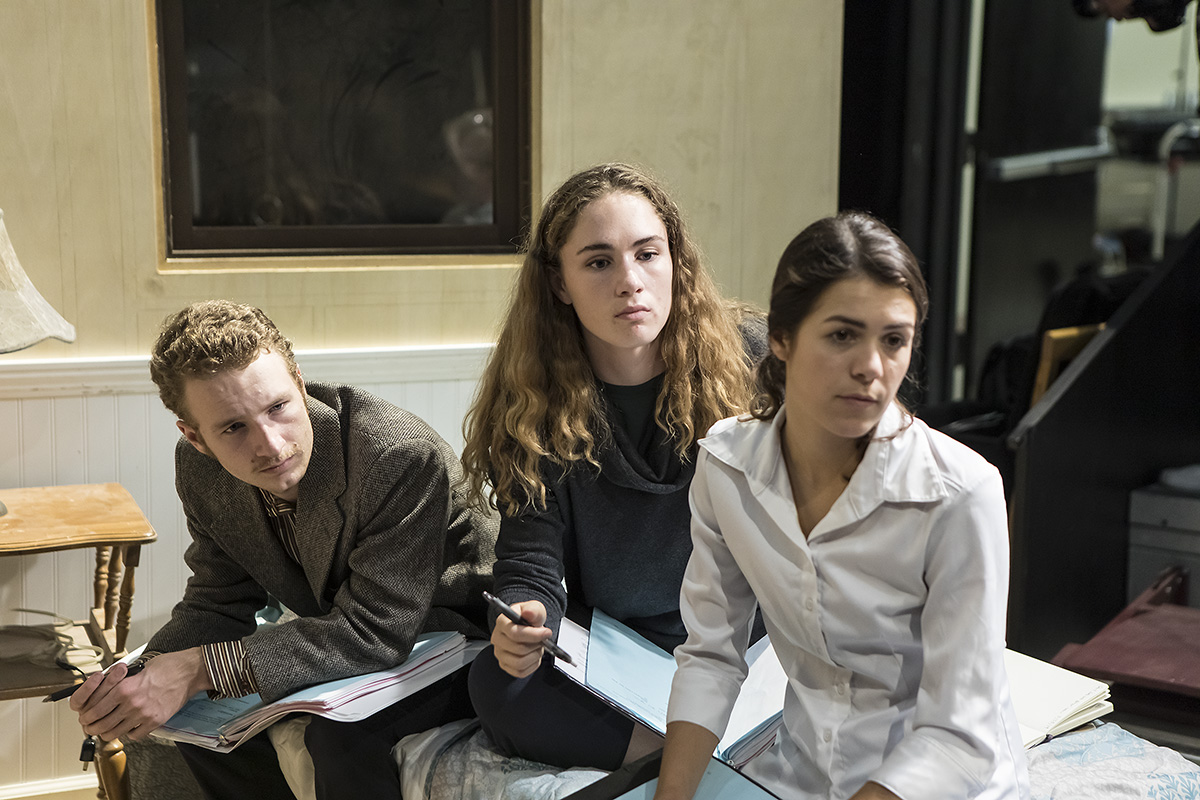