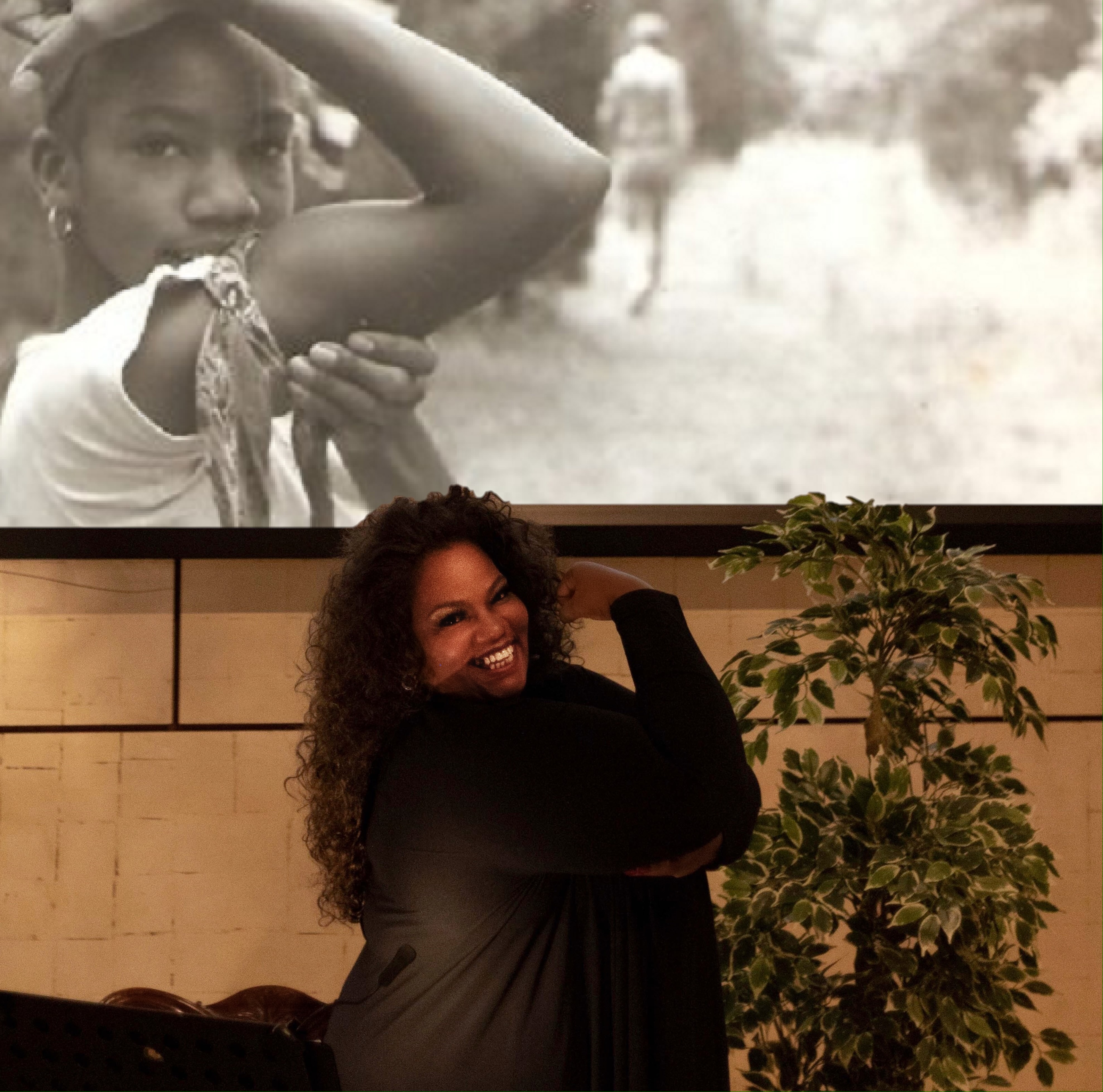 Becoming Othello: a Black Girl’s Journey is a 90 minute, 5-Act, living memoir about a young woman’s trials and triumphs with race and the classics, her memorable experiences growing up in East Harlem and her gender flipped journey on the road to becoming Shakespeare's noble, flawed general. The solo show is complete with moving songs and lyrical language from Black women playwrights, William Shakespeare, Langston Hughes, Martin Luther King, Jr., Frederick Douglass, Harriet Tubman and the King James Bible.

Through rhyme, meter, moving multimedia images, lyrical language, and soulful songs, this choreopoem chronicles the life of classical actress, Debra Ann Byrd; her trials and triumphs with race and the classics; and her gender-flipped journey on the road to becoming Shakespeare’s noble flawed general Othello. A personal, poignant and powerful story of perseverance, tragedy, triumph—and ultimately unconditional love.

Debra Ann Byrd is an award winning classically trained actress and producer who recently won an Outstanding Achievement Award from AUDELCO for her portrayal of the title character in Harlem Shakespeare Festival's all-female multiracial mainstage production of Shakespeare's OTHELLO: The Moor of Venice. Debra Ann recently reprised the role for the Southwest Shakespeare Company in Arizona where she won the 2019 Broadway World Phoenix Award for Best Lead Actress. As the Founder and Producing Artistic Director of Take Wing And Soar Productions and the Harlem Shakespeare Festival, she guided the company's growth from its birth as the passionate dream of one determined woman, into a viable support organization serving classical artists of color and theater arts groups throughout New York. Debra Ann received a Bachelor of Fine Arts degree in Acting from Marymount Manhattan College and completed advanced studies at The Public Theater's Shakespeare Lab, Shakespeare & Company and The Broadway League's Commercial Theatre Institute. Her classical roles for the stage include Queen Elizabeth in Richard III, The Choragos in Antigone, Mrs. Malaprop in The Rivals, Volumnia in Coriolanus, Winter in Love's Labors Lost, Hippolyta in A Midsummer Night's Dream, Cleopatra in Antony & Cleopatra, Othello in The Tragedy of Othello: The Moor of Venice, Marc Antony in the all-female production of Julius Caesar and Lady Bracknell in The Importance of Being Earnest; the latter, for which she received Best Lead Actress and Outstanding Actress in a Lead Role nominations from AUDELCO and the NY Innovative Theatre Awards. Debra Ann was recently named Writer-in-Residence at the Shakespeare Birthplace Trust, Artist-in-Residence Fellow at the Folger Institute, Artist-in-Residence at Southwest Shakespeare Company and Community Scholar in Cohort VI at Columbia University. 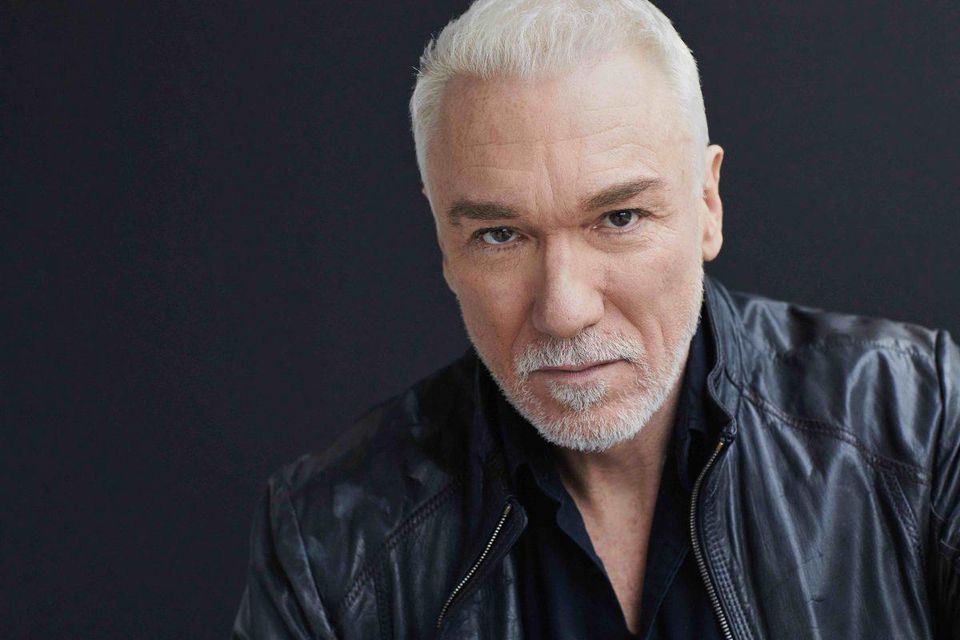 In this dazzling exploration of Shakespeare’s two-decade-long investigation of Evil with Tony Award nominee Patrick Page, the star of Broadway’s Hadestown brilliantly enacts many of the Bard’s greatest villains. Moving swiftly and chronologically, Page traces the evolution of Shakespeare’s malefactors from the mere two-dimensional to the psychologically complex characters that heralded the modern psychopath. Hell is empty and all the devils are here.

Patrick Page has been called “one of this country’s finest classical actors” by The Wall Street Journal, and “The Villain of Broadway” by Playbill Magazine. He is an Associate Artist at both The Shakespeare Theatre of DC and The Old Globe Theatre in San Diego where roles have included Iago, Macbeth, Claudius, Coriolanus, Prospero, Malvolio, and Cyrano, among others. His classical work has garnered him the Matador Award for Excellence in Classical Theater from Red Bull Theater, The William Shakespeare Award for Classical Acting, The Helen Hayes Award, The Craig Noel Award, and The Utah Governor’s Medal of the Arts among many others. He was also playing Hades in Hadestown on Broadway. Also on Broadway: Saint Joan and Casa Valentina at MTC, A Time to Kill, Cyrano De Bergerac, Spider-Man, Man for All Seasons, The Grinch, Julius Caesar, Lion King, Beauty and the Beast, Kentucky Cycle. Television credits include “Elementary,” “NCIS New Orleans,” “Chicago PD,” “Madame Secretary,” “The Blacklist,” “Law and Order SVU” and “Flesh and Bone.” @pagepatrick 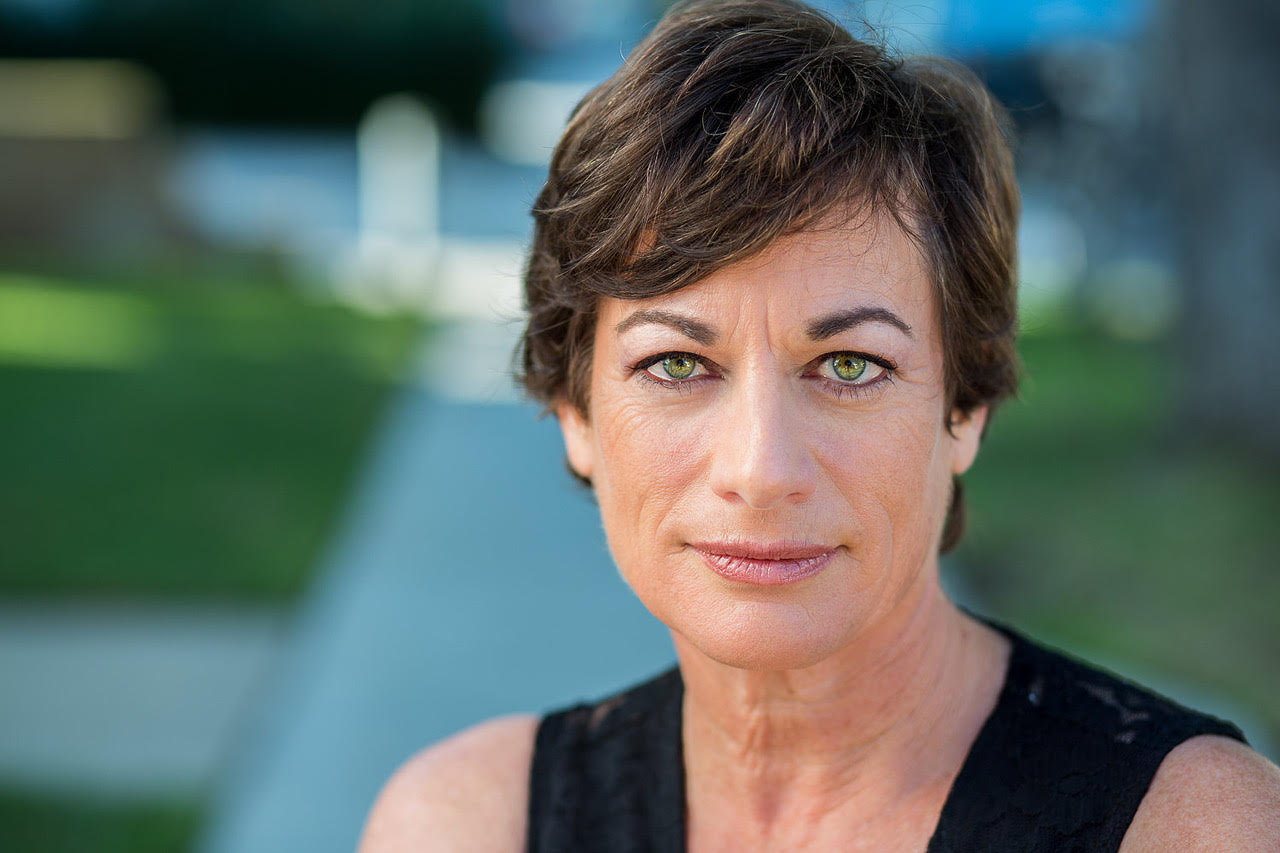 Lisa Wolpe in Shakespeare and the Alchemy of Gender

Shakespeare and the Alchemy of Gender is a solo show, written and performed by Lisa Wolpe. It is an hour long, with no intermission. Lisa is an expert on gender-flipping Shakespeare as well as an actress, director, teacher, writer, traveler, and distinguished scholar. Her one-woman show explores her experiences as an activist for inclusion, diversity, equity, access, and promoting women's rights and racial equality. It features stories about her family, focusing on her father, Hans Wolpe, a hero in WWII, as well as pieces of Shakespeare, including Shylock, Hamlet, Richard Ill, and more, elucidating life lessons learned through playing male characters in the Shakespeare Canon.

Her hit solo show Shakespeare & the Alchemy of Gender, directed by Laurie Woolery, has toured universities and Shakespeare Festivals around the U.S., and has played internationally at Prague Shakespeare Company; Bremen Shakespeare Company; in London at The Rose Theatre, Royal Central School of Speech and Drama, & King’s College; at Shakespeare's Birthplace in Stratford U.K.; Warwick University, U.K.; Vancouver, B.C.; and Stratford, Ontario.